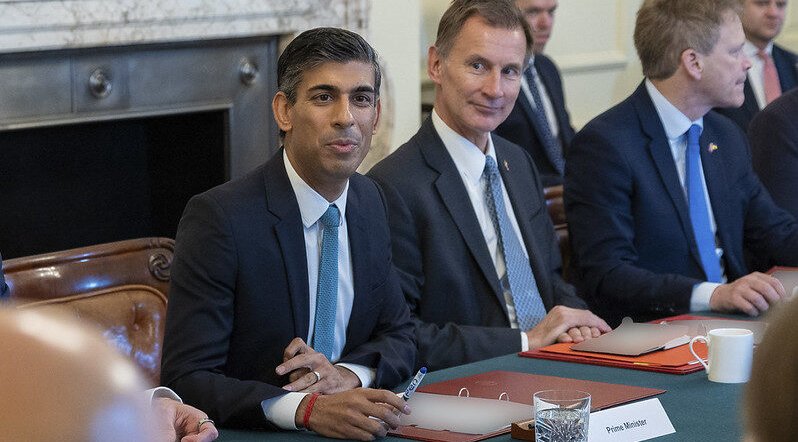 The UK’s Prime Minister Rishi Sunak is talking tough, promising to introduce tough new laws to put an end to what he called “unreasonable” union strikes and walkouts.

Speaking in the House of Commons on Wednesday, December 7 said: “If union leaders continue to be unreasonable, then it’s my duty to take action to protect the lives and livelihoods of the British public.”

The statement comes on the same day that Border Force staff announced that they would take industrial action over Christmas in a dispute over pay and working conditions.

MPs have been asking why no action has been taken already to head off the many strikes that are crippling the country, however, a spokesperson for the prime minister wouldn’t be drawn on what action might be taken and against what trades.

Talking tough is not new with successive Conservative prime ministers having made noises but failed to take action, including Boris Johnson who promised a bill to guarantee a minimum service on railways in the Queen’s Speech in May.

That bill has yet to achieve a second reading in the house, whilst Liz Truss Johnson’s successor promised to sort the issue in 30 days of becoming prime minister. She didn’t last long enough to see that promise come to fruition.

Downing Street has spoken of minimum service level restrictions being introduced, such as they have in Spain, but despite saying speed and urgency was critical no legislation has been forthcoming. Furthermore, there has been no indication of what the legislation might look like, making it unlikely that it will be tabled before the Christmas holiday season.

According to the Financial Times more than one million working days will be lost to strike action in December alone, the worst disruption in any month since July 1989.

With the “right to strike is a fundamental British liberty” former ministers have said that this is an area fraught with difficulties, complications and sensitivities.

Frances O’Grady, General Secretary for the TUC, said that the government wants to make it harder for working people to win better pay and conditions. But the Transport Secretary Mark Harper disputed the claim but added: “While legislation may well improve the service that passengers receive on strike days, I think my priority is to try and ensure we resolve the industrial dispute so that passengers do not have strike days.”

The government have been accused of fuelling the strikes, but one of those who disagrees is Health secretary Steve Barclay who says that agreeing to the union demands would hurt the health service’s ability to build new diagnostic centres and reduce waiting lists.

The promise by the UK’s prime minster to introduce tough new laws against ‘unreasonable’ union walkouts will need careful consideration and sensitive handling given its potential to fuel the problem even further. But the man in the street does want resolution and the return to a normal uninterrupted life, the question is, can the government deliver that.