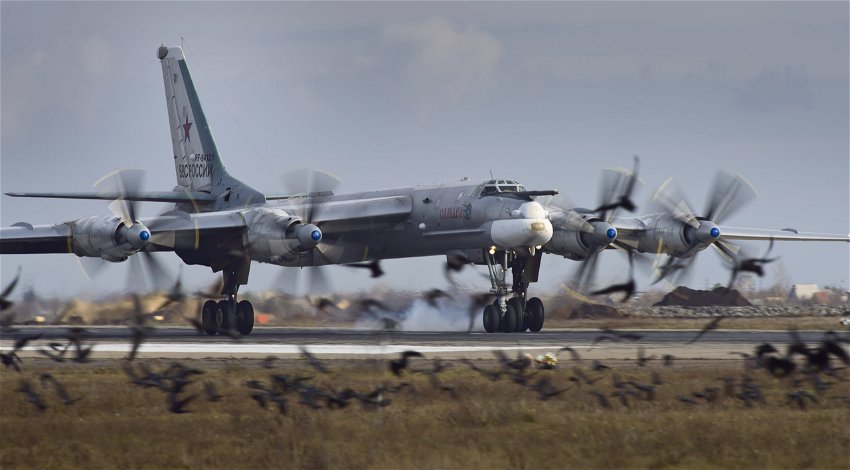 Russia’s Foreign Ministry has warned that attacks on airfields in its country created ‘serious risks’ for nuclear safety.

In a speech given at the Austrian capital of Vienna during talks on military security and arms control, Russian delegation head Konstantin Gavrilov said drone attacks on his country’s strategic airfields – ‘Dyagilevo’ and ‘Engels’ – were ‘provocations’ from Ukraine.

Gavrilov also claimed the Western military alliance of NATO had been ‘aware’ of the attacks on the Russian air bases, as the drones had used ‘the American global satellite system GPS’.

The attacks earlier this week were the deepest into Russian territory since the beginning of their war against Ukraine, which began in late February this year.

Russian state media reported that three servicemen died in the recent attacks on the air bases, with several more injured.

Some bombers at the base are also said to be capable of carrying nuclear weapons.

The base is located around 14 kilometres away from the southwestern Russian city of Saratov.

The Dyagilevo airbase is located just 150 miles southeast of the Kremlin in Russia’s capital, Moscow – around three kilometres west of the city of Ryazan.

The base is said to have served as a training base for Russia’s bomber force, and also houses the country’s only tanker regiment, used for the air-to-air refuelling of military aircraft.

Though the attacks have not been confirmed to have come from Ukraine, Rob Lee, a senior fellow at the US-based Foreign Policy Research Institute, told The Guardian the strikes could have been launched ‘pre-emptively’ by Ukraine, after warning that Russia was again planning to mount fresh attacks on its energy grids.

In his speech in Vienna yesterday (Wednesday, December 7), however, Konstantin Gavrilov insisted the attacks on the airbases undoubtedly came from Ukraine’s Soviet-era ‘Strizh’ jet attack drones, which he claimed had been ‘restored’ with the help of an American company, and possessed new strike ranges of ‘up to 1000 km’.

“It is known that during 2022, work was carried out to restore and modernize these Soviet drones with the participation of specialists from the Ukrainian Luch Design Bureau (Kyiv) and the American corporation Raytheon Technologies.

“The UAV was turned into a strike weapon with a range of up to 1000 km with a high-explosive warhead of up to 80kg and the ability to aim at a target using the American global satellite system GPS.

“In other words, NATO was aware of the latest Ukrainian attacks on Russian military airfields.

“We gave an immediate response to it with a massive strike on the military command system, objects of the [defence] complex and related energy facilities of Ukraine.

“No one should have any doubts that this will happen every time if acts of Ukrainian terrorism continue.”