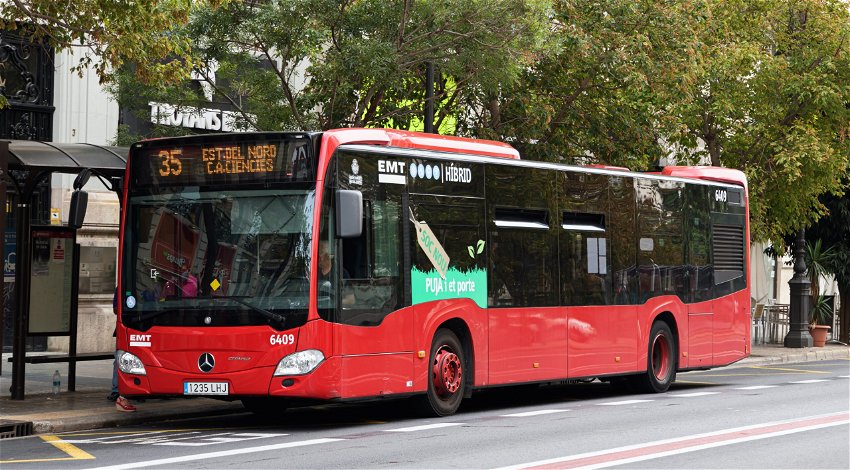 A TODDLER and her father were forced to leave a bus in Spain’s Valencia because the young girl was not wearing a Covid mask, as reported by Spanish news outlet La Opinion de Malaga.

The father of the toddler reported the Valencia City bus driver to police after he and his 3-year-old girl were forced to get off the vehicle because she was not wearing a Covid mask.

Speaking to Radio Valencia, the girl’s father said that he had filed a complaint with the police, as well as with the municipal transport company and the Department of Sustainable Mobility regarding the incident.

According to protocol, if the father’s complaint reaches the Citizen’s Advice Bureau “it will be dealt with and the case will be reviewed internally, as is always done with all the letters that reach us,” a source within the bus company told La Opinion de Malaga.

A source within the Department of Sustainable Mobility told the news outlet that if this complaint reaches them, they will forward it to the EMT so that it can be processed and dealt with.

The incident was reported to the police on Sunday, December 4.

The father said that he was off to enjoy a Christmas afternoon with his daughter in Nuevo Centro, however, after stepping onto the bus on line 62, he was confronted by the driver who said that they could not sit down unless the young girl was wearing a Covid mask.

Both passenger and driver argued, with the man stating that according to current regulations, his young daughter was not obliged to wear the mask due to her young age, even in hospitals.

However, the driver did not back down.

The father told the radio station that he eventually left the bus with his daughter because he did not want to get into a further argument with the driver “so as not to delay the service or harm other passengers.”

The father stated that he had to make the journey home, on foot, in the cold evening, with his daughter in his arms.

After filing his complaint with the police, he went to sleep.

On Monday, December 5, he filed a complaint with the EMT and the Department of Sustainable Mobility.