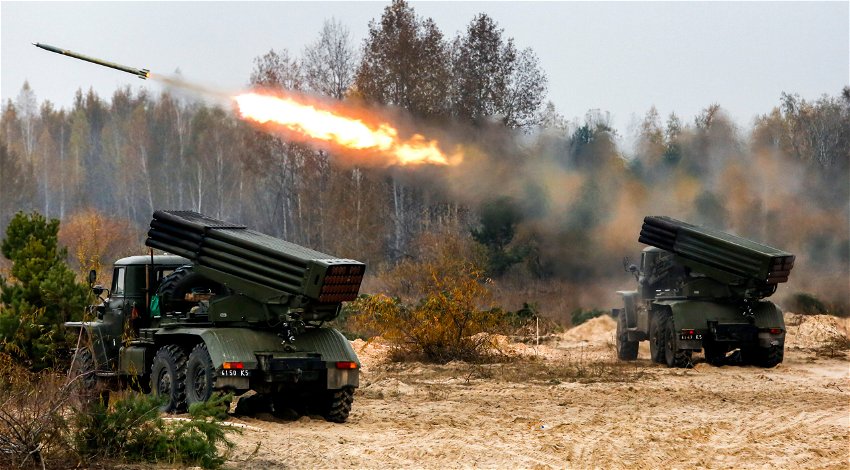 ACCORDING to initial reports on Thursday, December 8, the Donetsk People’s Republic has come under attack from missiles launched from a Ukrainian BM-21 Grad, a self-propelled 122 mm multiple rocket launcher designed in the Soviet Union.

A report from Russian state-controlled media outlet TASS on December 8 stated that units of the Ukrainian armed forces launched a missile attack on two districts of the Donetsk People’s Republic (DPR) from the BM-21 Grad multiple launch rocket system (MLRS).

A report by the representative office of the Donetsk People’s Republic (DPR) said that “ten missiles were fired from the BM-21 Grad.”

According to the report, the shelling was carried out at 9.23 (Moscow time) and the Kyiv and Kalininsky districts of Donetsk were under fire.

The news of the Ukrainian attack on the DPR comes days after the Russian-controlled region of Ukraine lost one of its deputies during a shelling attack from Ukraine.

On Tuesday, December 6, a deputy of the Donetsk People’s Republic (DPR), Maria Pirogova, was killed.

DPR leader Denis Pushilin announced that the member of the People’s Council had been killed in battle.

“Today, Donetsk is once again experiencing a terrible day. Information is constantly coming in about the dead, the number of victims is growing…” he wrote on his Telegram channel at the time.

“I just found out that Maria Pirogova, a member of the People’s Council, a volunteer, was killed. Masha! I can’t believe it…”

He added: “She was the epitome of kindness. The person with the big letter. She helped everybody, she never passed by other’s troubles. Her energy, her talent to do good was enough for everyone. As if she hurried to live.

“Last year she graduated from the Donetsk Academy of Music as a jazz vocalist and wrote her own music.

“In 2014, when she was only 21, she started helping people. She collected things, delivered them to people in need, and was not afraid to go to the most dangerous places to help others.

“It was Masha who initiated the Wishing Tree campaign. Thousands of children’s dreams came true within this project alone. This is a great credit to Masha.

“Fascist beasts cut off her life in her prime…

“Sincere words of condolence to Masha’s family and friends. This is a great loss for all of us.”

Since then, multiple videos have emerged of the moment the young woman lost her life.