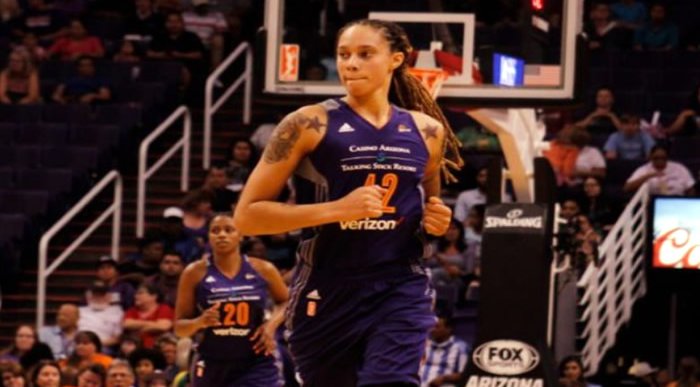 Russian Arms Dealer Viktor Bout has been traded for the US basketball star Brittney Griner who has been freed from prison in Moscow.

Brittney Griner, the WNBA star who was serving a nine-year jail term in Moscow, has been freed this morning, Thursday, December 8. Her release was secured in a dramatic prisoner exchange involving the notorious Russian arms dealer Viktor Bout.

Her release is seen as a significant victory for President Joe Biden during heightened tension with Moscow. It is also tinged with heartbreak though with Paul Whelan – a 52-year-old former American marine – still behind bars in Russia after four years, and not included in the package.

Two-time Olympic gold medalist Griner had been locked up in a Moscow prison on drug charges after vaping devices in her baggage were deemed to contain illegal substances. Joe Biden tweeted this morning: “Moments ago I spoke to Brittney Griner. She is safe. She is on a plane. She is on her way home”.

Moments ago I spoke to Brittney Griner.

In a statement released by US Speaker of the House, Nancy Pelosi, she said: “Congress and the Country are overjoyed to learn that, thanks to the committed & focused leadership of @POTUS, Brittney Griner is finally free. Today, our hearts are with her dear wife, Cherelle, and the Griner family as their beloved Brittney is safely on her way back to America”.

.@POTUS, @SecBlinken & @RepGregStanton should be commended in their work to help secure her release. Congress stands firmly with the Administration as they continue working to secure the release of Paul Whelan & other Americans unjustly detained in Russia. https://t.co/jZRta1VII2

Bout is a former Soviet Army lieutenant colonel turned arms dealer, once nicknamed ‘the Merchant of Death’. He had been serving a 25-year sentence in a US prison after being found guilty on charges that he conspired to sell tens of millions of dollars in weapons that U.S officials claimed could be used against Americans. His exploits even inspired a Hollywood film.

Paul Whelan has been locked up since December 2018 on what both American officials and his family described as ‘baseless charges’ of espionage. He was sentenced to 16 years in prison by a Russian court in 2020. The jailed former military man is a corporate security executive from Michigan.

Speaking with CNN from the Russian penal colony where he is being kept, Whelan said: ‘I am greatly disappointed that more has not been done to secure my release, especially as the four-year anniversary of my arrest is coming up’.

‘I was arrested for a crime that never occurred,’ he said. ‘I don’t understand why I’m still sitting here. My bags are packed. I’m ready to go home. I just need an airplane to come and get me. It’s quite obvious that I’m being held hostage’, he added, as reported by dailymail.co.uk.