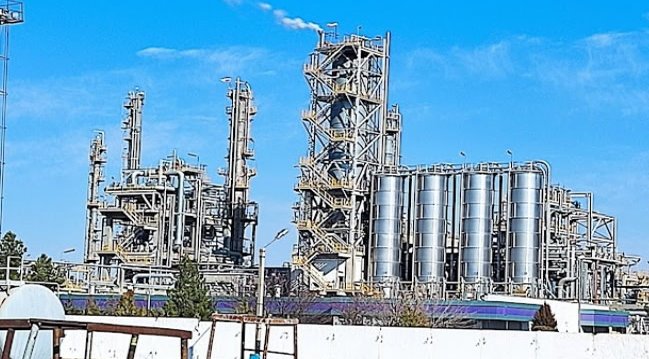 Uzbekistan has refused to join the ‘tripartite gas alliance’ with Russia and Kazakhstan.

Zhorabek Mirzamakhmudov, Deputy Prime Minister and Minister of Energy of Uzbekistan stated today, Thursday, December 8, that even if his country concludes a gas agreement with the Russian Federation, this does not mean the conclusion of an alliance, according to gazeta.ru.

He added that the Russian Federation and Uzbekistan are negotiating the supply of Russian gas through neighbouring Kazakhstan. This contract will be of a purely technical nature though Mirzamakhmudov stressed. The official pointed out that Tashkent is negotiating purely based on its national interests.

“In order to cover demand, ensure domestic consumption, and solve the problem, today we are negotiating to import gas and electricity from neighbouring countries, and not through some kind of alliance or union”, he announced.

He explained: “Here we are negotiating based on national interests in order to cooperate on the basis of a commercial contract, sale and purchase, and not through the transfer of our energy networks”.

The authorities of the republic are not going to jeopardise “national interests, economy and independence”, he added, and will not agree to political conditions in exchange for gas.

According to Mirzamakhmudov, the Uzbek side will buy gas from the Russian Federation only at a favourable price and within the framework of the contract. “Uzbekistan does not have a common border with Russia . Therefore, negotiations will be held on its delivery through neighbouring Kazakhstan. It will be a technical contract”.

Speaking with gazeta.ru, Igor Ananskikh, Uzbekistan’s First Deputy Chairman of the State Duma Committee on Energy, added: “Uzbekistan will once again consider Russia’s proposal more carefully. Countries will return to this project in the foreseeable future. The last point has not yet been set. Uzbekistan may return to consideration of the issue of the gas union in 2023”.

He pointed out that the key factor for Uzbekistan when deciding on a gas union should be the economy. “The world is changing. The main factor in decision-making now is the economy, the desire of politicians to make people in the country live better. If Uzbekistan abandons the triple gas union, Russia will be able to create a dual gas union with  Kazakhstan . Why not, ”the deputy suggested.

Ananskikh added that the Russian Federation is interested in selling gas to as many countries as possible, which is why it is working on various options for ‘gas unions’.

“So far, the largest markets for Russian gas are China and India. Uzbekistan could become a gas transit state. Ukraine, being such a transit state, lived in clover and received several billion cubic meters of gas per year only through transit on its territory”, summed up the deputy chairman of the Duma committee.