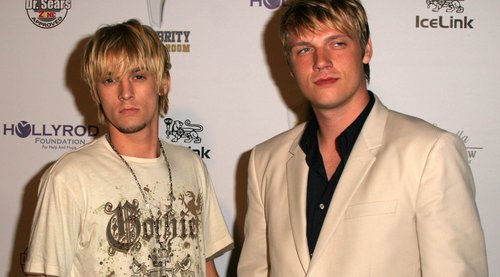 The Backstreet Boys band member, Nick Carter, is being sued for the alleged rape and physical assault of a 17-year-old autistic fan.

The case, which opened in a Beverley Hills Court, accuses Carter of having attacked the girl on the group’s bus during a tour in 2001.

Now 39 years old, Shannon “Shay” Ruth gave a press conference late on Thursday, December 8 at which she said she and three other victims who had preferred to remain anonymous, had sued the star.

All four victims claim to have been under-age at the time of the alleged assaults.

Speaking about the event, Shay said: “The last 21 years have been filled with pain, confusion, frustration, shame and self-harm that are a direct result of Nick Carter raping me.”

According to the filing she was waiting in queue for an autograph when Carter is said to have invited her on to the bus after a show in the city of Tacoma (Washington State, USA). He is then accused of plying her with alcohol before physically assaulting and raping her.

Shay, who said she was a virgin at the time, added: “After raping me, I remember calling me a ‘retarded slut’ and grabbing me and bruising my arm” and that she was “”autistic and had cerebral palsy.”

All the claimants also accuse him of infecting them with the human papillomavirus.

Mark Boskovich, the lawyers assisting Shay, said that the lawsuit was important to stop Carter from assaulting more teenagers and women adding that the music industry “cannot continue to look the other way.

“We hope that anyone else who has been sexually assaulted by Carter will call us or send us an email.”

The lawsuit follows the death of his youngest brother a month ago, who was found lifeless inside a bathtub in a house located in the municipality of Lancaster (California, United States).

It is also not the first time the Backstreet Boys band member has been sued for rape with Melissa Schuman, former member of the group Dream, accusing him in 2017 of raping her many years before.