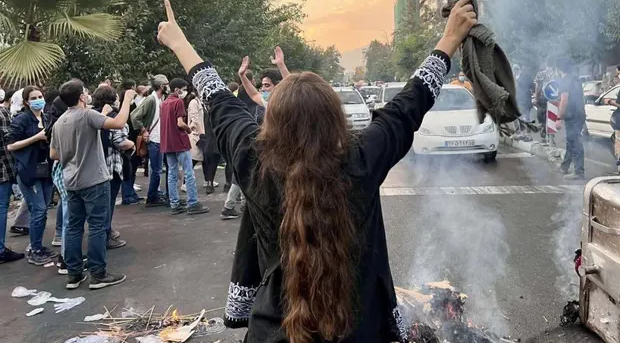 The first of the protestors found guilty of committing a crime against the government has been executed according to Iranian authorities.

According to a France 24 in Iran on Friday, December 9, Iranian authorities said that they have begun carrying out the death penalties issued by the courts following the protests in the country.

The Report comes on the same day that doctors in the country have stated concern that security forces were targeting women with shotgun fire aimed at their faces, breasts and genitals.

Doctors and medics who are treating the protestors in secret to avoid arrest, have told the Guardian that they noticed some time back that the injuries of women were different to that of men.

They say they usually needed attention for buckshot in their legs, backs and buttocks but that more recently other parts of the female anatomy were being targeted. Many of the shootings take place at short range leaving people with the tiny pellets lodged deep in their flesh.

X-ray of a young protester in Iran with multiple shotgun bullets' wounds. The patient survived, but is now blind.”#MahsaAmini pic.twitter.com/ZUY04Pwxv5

At least one doctor said that he believed women were being targeted in this way to scar them “because they wanted to destroy the beauty of these women.

“I treated a woman in her early 20s, who was shot in her genitals by two pellets. Ten other pellets were lodged in her inner thigh.

“These 10 pellets were easily removed, but those two pellets were a challenge, because they were wedged in between her urethra and vaginal opening.

“There was a serious risk of vaginal infection, so I asked her to go to a trusted gynaecologist. She said she was protesting when a group of about 10 security agents circled around and shot her in her genitals and thighs.”

The Guardian has approached the Ministry of Foreign Affairs but so far they have yet to respond.

Activists and international human rights organisations have criticised the actions of the government, as have many governments across the world.

But locals say they are not surprised that Iranian authorities are resorting to gender based violence, saying it is how the ayatollahs took and have maintained power.

Medics who have protested the treatment of demonstrators were themselves attacked with pellet guns on October 26.

The UN Human Rights Council has adopted a resolution to create a fact-finding mission but they have yet to be granted permission to visit the country, and are unlikely to do so unless the regime is able to stage manage their visit.

In an appalling display of abuse of the country’s citizens, Iran has executed their first protestor.