The UK prepares to ‘go to war’ as troops begin training 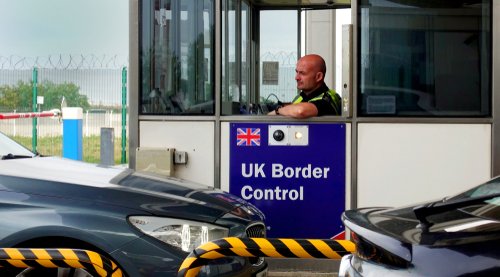 The army in the UK is preparing to “go to war” as strikes look set to bring large parts of the country to a standstill over Christmas.

Troops are believed to have begun training on Friday, December 9 at Gatwick and Heathrow airports as the Border Force Agency prepares for the strike that is to take place from December 23.

With more than 75 per cent of the force due to walk out along with ambulance drivers and support staff, some 600 military personnel are foregoing Christmas to step into the breach.

A further 700 civil servants are said to also be in training to fulfil a variety of roles that will keep essential services running during a very busy time of year.

The strikes will result in longer queues over the Christmas period according to officials, whilst some ambulance call outs will be replaced with alternatives.

Speaking to troops at an RAF base Prime Minister Rishi Sunak thanked military personnel for stepping in and missing their Christmas.

He said: “We all owe them an enormous debt of gratitude” adding that his priority is to “protect lives and to minimise the disruption on people’s lives.”

He insisted the government will always “try and act fairly and reasonably” with public sector pay but said: “What I’m not going to do is ask ordinary families up and down the country to pay an extra £1,000 a year to meet the pay demands of the union bosses.

Troops have been used in these roles before, but it is a contentious point with senior figures within the armed forces saying they should not be forced to give up their Christmas holidays, bearing in mind its illegal for soldiers to strike.

As the UK prepares to “go to war” unions confirm that rail workers, bus staff, roads staff, baggage handlers, Royal Mail employees, nurses, driving examiners, civil servants, ambulance staff and teachers will all strike at one time or another over the festive season.