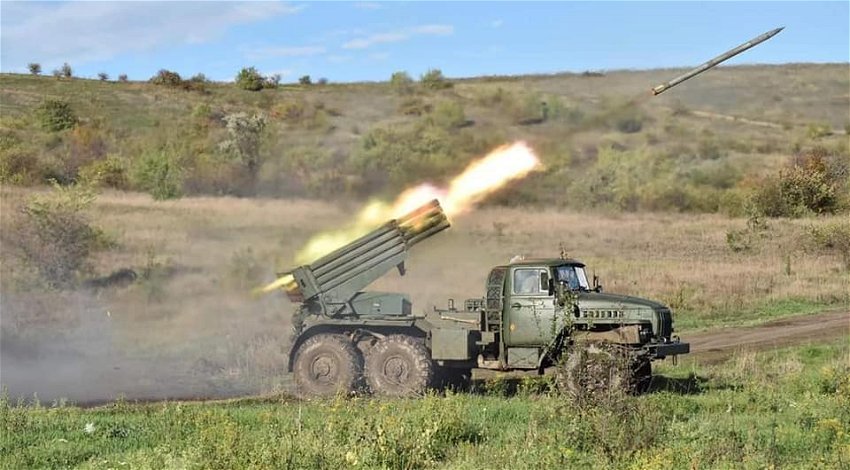 The Pentagon no longer bans Ukraine from attacking targets in Russia, claiming ‘the situation has changed’.

Washington has revised its assessment of the threat posed by Moscow, and no longer insists that Kyiv not strike at Russian territory. This was reported on, Friday, December 9, according to The Times newspaper, citing a source in the Pentagon.

According to the newspaper, this happened after Russia began to strike at the energy infrastructure of Ukraine.

Previously, US policy was based on the fact that Ukraine would be supplied with American weapons on the condition that it would not use them for strikes on the territory of the Russian Federation. This supply of equipment would also be limited so as not to provoke an open conflict between Russia and NATO.

The Times source claims that the US is now less concerned that strikes by the Ukrainian army on Russian territory could prompt Moscow to sharply escalate the situation. As the publication explained, the Pentagon previously feared that the Kremlin would respond to Ukrainian attacks with either tactical nuclear weapons or a strike on neighbouring NATO countries.

This allegedly happened because Washington’s calculations regarding the conflict ‘have changed as a result of the suffering and cruelty that Ukrainians are subjected to by the Russians’, as reported by gazeta.ru.

The United States is now more likely to supply Ukraine with longer-range weapons, the source noted. However, according to them, Washington does not want to be seen as giving Kyiv a ‘green light’ regarding attacks on Russian territory.

“We don’t say to Kyiv: ‘Don’t hit the Russians in Russia or Crimea. We cannot tell them what to do. It is up to them to decide how they use their weapons. However, when they use weapons supplied by us, we insist only that the Ukrainian military follow international laws of warfare’, the unnamed Pentagon official said.

The interlocutor of The Times clarified that Russian civilians should not become the target of the Ukrainian military. Washington also opposes the killing of specific individuals. ‘As far as we know, Ukraine complies with these conditions’, the source added.

Ukrainian forces, with the ‘tacit approval’ of the Pentagon, are making more aggressive and more persistent attempts to attack targets inside Russia. To do this, they use drones, including reconnaissance Tu-141s modified for this purpose.

A shift in U.S. government stance could mean that Ukraine will be given longer-range weapons that Kyiv has long been trying to get from Washington. These would include ATACMS ballistic missiles with a range of up to 310 km and MQ-1C Gray Eagle drones that can be equipped with AGM-114 Hellfire missiles.

If the United States decides to supply Ukraine with longer-range weapons capable of striking Russian territory, fears of a potential escalation could rise sharply, the newspaper noted.

Pentagon officials made it clear that they are seriously considering Kyiv’s requests for longer-range American weapons. ‘Anything is possible’, said a senior US Department of Defence official.

‘The administration of US President Joe Biden is holding back too much because of the threat of a supposedly possible escalation spiral, which is largely an illusion’, former US Under Secretary of Defence for Policy Eric Edelman told the publication.

‘The best option for all stakeholders is to ensure that the Ukrainians can win as quickly as possible. Therefore, it makes sense to give them ATACMS, Gray Eagle, and prepare a batch of main battle tanks in addition’, he added.

Russia has accused the United States and its allies of helping Ukraine to aim its weapons. On December 10, Russian Permanent Representative to the UN, Vasily Nebenzya accused the Americans of participating in the work of the HIMARS MLRS and that targeting is carried out using American military satellites.

According to him, the US military ‘on the ground is coordinating satellite and intelligence information, loading accurate coordinates, MLRS software and monitoring the effectiveness of the use of installations’.

Nebenzya claimed that Ukrainian drones were aimed at the strategic airfields of ‘Dyagilevo’ and ‘Engels’ using the American GPS system. He pointed out that Russia: ‘carefully records all such criminal actions of the United States and its allies. They will have specific legal consequences for all those involved’, he promised.