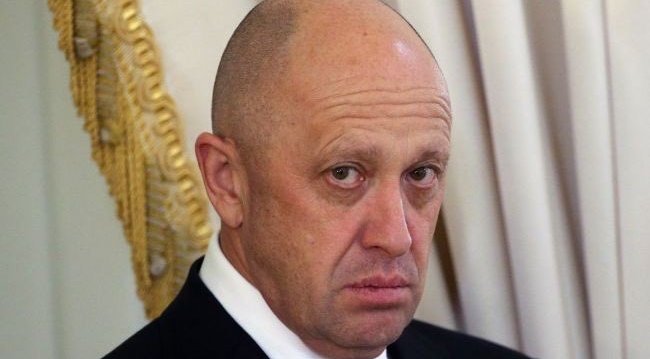 The man who shot at police officers in the Rostov region city of Novoshakhtinsk claimed to be a ‘mercenary’ from the Wagner Group so its boss Yevgeny Prigozhin ominously offered to bail him.

Yevgeny Prigozhin, the founder and boss of the notorious private military company (PMC) Wagner said on Friday, December 9, that he was prepared to pay the bail to release Pavel Nikolin. He is the alleged military deserter who shot at police officers in the city of Novoshakhtinsk, in the Rostov region earlier this week.

Posting on the official Telegram channel of his Concord press service, journalists asked Prigozhin questions and he gave his response, which read: “Good afternoon! Pavel Nikolin, the suspect in the shooting of police officers in Novoshakhtinsk, Rostov region, told reporters that he served in the Wagner Group”.

“Yevgeny Viktorovich said that if the information that Nikolin was a member of the Wagner PMC and committed the offence is confirmed, it is necessary to investigate”.

He was then asked: ‘Are there any results of the investigation?’
“E.V.:If you follow the news closely, Nikolin has already given an explanation that he participated in the storming of Bakhmut, was concussed and was unconscious for several days. Therefore, when police officers in a civilian car without insignia approached him near Novoshakhtinsk, he perceived them as Ukrainian saboteurs”.

He was then asked: ‘How could Nikolin cross the border with weapons?’
“E.V.:In my opinion, quite accurately on November 30, 2022, the head of the LNR Leonid Pasechnik said that the border no longer exists. A referendum was held from September 23 to 27 in which the LNR was incorporated into the Russian Federation. So please be kind enough to ask this question to the border guards”.

Then they asked him: ‘What will be done to prevent such incidents with Wagner PMC fighters?’
“E.V.:First of all, there was no, and will not be, any incident with the fighters of PMC Wagner. They go to destroy the enemies. So they know in which direction to go, they must nail an arrow on a fence or post, ‘left – the enemy, right – the Russian Federation'”

“Secondly, there will be no incidents with the Wagner PMC fighters in principle. They will all get together and go to work as gardeners, as soon as (I repeat the phrase I said earlier) your children, police officers, and other brave patriots of Russia go to war. Go to war so that the Wagner PMC can rest”.

“And third, in order to avoid injuries and contusions, which may disorientate people in space and cause damage to the brain, the Wagner PMC fighters need sufficient weapons, ammunition, and capable troops. I am ready to bail Nikolin under my personal responsibility, which I have already written a petition for”.

“P.S. I hope you have coordinated your questions with the presidential administration and other structures”.

A criminal case was opened against the accused under two articles (encroachment on the life of a law enforcement officer and illegal arms trafficking). He has been placed under arrest for two months as a result.

According to the Telegram channel Baza, the detainee served time in the Ufa penal colony for theft and robbery. From there, he got into the ranks of the Wagner PMC, but on November 24 he ‘changed his mind about fighting and fled'”.