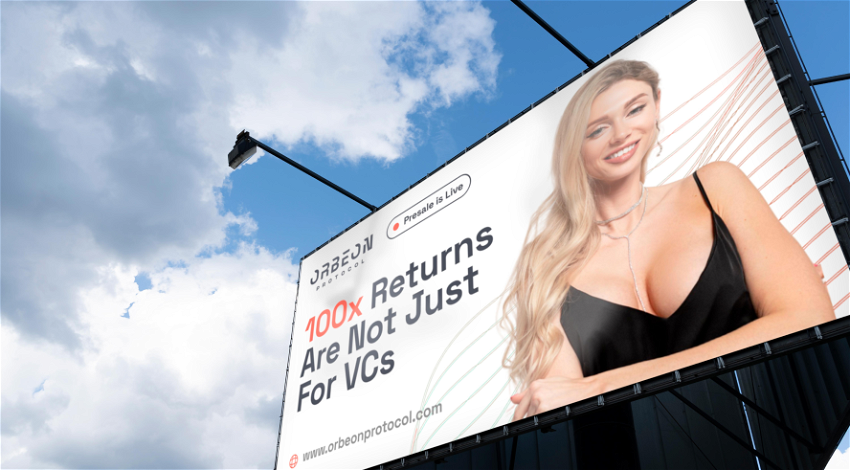 Many experienced crypto investors are on the lookout for the next project set to see an explosion in price. Established projects like Apecoin and Cardano are interesting, but it’s a new project — Orbeon Protocol — that’s being singled out as a big winner as it enters the third stage of its presale.

Orbeon Protocol disrupts the venture capital space by opening it up to millions of micro-investors, allowing them to invest in businesses they believe in for as little as $1. In doing so, the project also creates a new route to funding for early-stage companies and, in the process of funding, helps create a dedicated community of supporters.

Orbeon Protocol achieves this through its innovative use of blockchain technology. Orbeon Exchange is a multi-chain launchpad that creates and issues fractionalised equity-backed NFTs. In addition, it features a built-in “Fill or Kill” safety feature, ensuring that investor money is immediately returned via the smart contract for funding rounds that do not meet their raising goals.

The launchpad is complemented by both the Orbeon Wallet and Orbeon Swap, which provide safe token storage and a secondary market for F-NFTs, respectively.

Holders of the Orbeon Protocol’s ORBN token enjoy a whole host of benefits, such as exclusive access to private investor groups, voting rights on governance issues, and even trading discounts at Orbeon Swap. The entire Orbeon Protocol ecosystem is powered by the ORBN token, which, with a supply of just 888 million, is required for all use of Orbeon Exchange.

ApeCoin is a project that is most well-known as the adopted token of the Bored Ape Yacht Club and the new metaverse ecosystem being built by its creators, Yuga Labs. ApeCoin holders play a key role in the governance of the ecosystem, with voting rights being one of the major roles of ApeCoin holders.

With ApeCoin used as an incentive for developer participation and providing access to  ​​exclusive games, events, and merchandise, a number of big partnerships could see ApeCoin go against its current trend and rise in price.

ApeCoin is currently trading at $3.86 with a daily trade volume over $145m.

Cardano and its native token, ADA, have seen a significant amount of interest, not least because of the approach taken by founder Charles Hoskinson and his team in ensuring all innovation at Cardano is peer-reviewed.

While Cardano’s emphasis on quality has led to a reputation for delayed releases, there’s no question that Cardano has a large and passionate community and many developers working across it. While Cardano’s ADA token is widely held already, Cardano adoption continues to grow which could see price rise with it.

It’s indisputable that out of ApeCoin, Cardano and ORBN, Orbeon Protocol offers the best investment opportunity by far. With analysts forecasting a huge surge in token price from the current price of $0.0302 to $0.24 by the end of year, the newcomer’s red-hot presale is unlikely to be open for long.