Gunman shouts ‘I’ll kill you all’ as he shoots three women dead in coffee shop in Rome, Italy 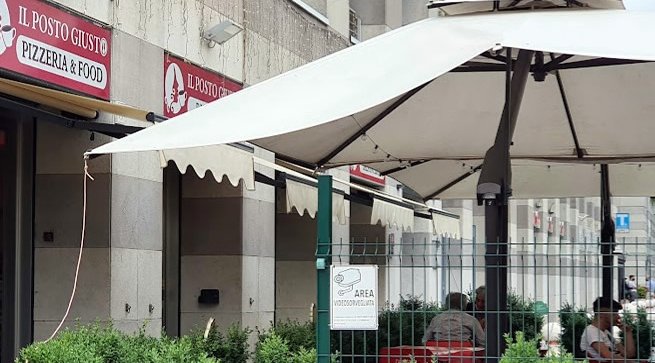 Three women were shot dead in a coffee shop in the Italian city of Rome by a gunman who shouted ‘I’ll kill you all’.

Three women died in a coffee shop in the Italian city of Rome today, Sunday, December 11, after a gunman opened fire. The culprit, 57-year-old Claudio Campiti reportedly shouted ‘I’ll kill you all’ before shooting them dead. Four others were also injured in the attack.

The incident occurred on the terrace of the Il Posto Giusto cafe Located on Via Monte Giberto 21 as residents of the Valle Verde apartment association were gathering for an end-of-year board meeting. According to local reports, Campiti was a resident in the same block of apartments and a member of the owners’ consortium in the Fidene neighbourhood of the city.

Following the incident, an emergency meeting was convened by Roberto Gualtieri, the mayor of Rome. He confirmed the death of three people in a tweet.

“The episode of violence that upsets our city is very serious. Three lives lost and seriously injured in a shooting during a condominium meeting. I am in contact with the Prefect and tomorrow I will participate in the Committee for order and safety. My closeness to families”, he wrote.

Luciana Ciorba, a witness to the shooting, revealed that the shooter was known to the board members and had previously made threats against them.

‘He fired at the board of directors of the consortium’, another eyewitness told the Italian news outlet La Repubblica. “The weapon jammed at one point and he was blocked by some consortium members who also unlocked the door. I saved myself because I got under the table and managed to get out of the room on all fours’, they added.

‘He came in, pulled out his gun, shouted ‘I’ll kill you all’ and started shooting’, said Lucia Ciorba, vice president of the Valle Verde Consortium. ‘He shot to kill’, she added.

“Some members of the consortium threw themselves on him, took away his gun and blocked him”, another eyewitness told the newspaper. ‘He wanted to make a killing. He had a 16-round magazine and another in his pocket. He wanted to hit everyone. The killer had been reported several times to the prosecutor and the Carabinieri for threats’, the witnesses concluded.