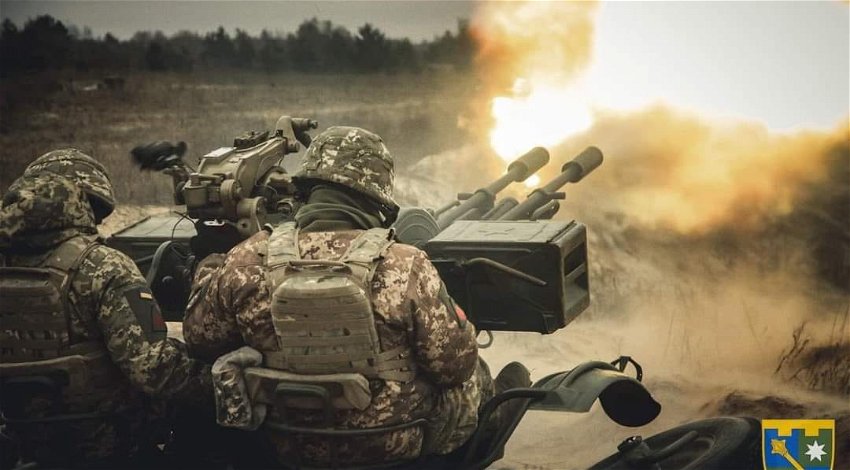 ON Sunday, December 11, Ukraine’s Ministry of Defence published updated figures of combat losses inflicted on Russian armed forces since the beginning of the war, including the destruction of more drones (UAVs).

Another 10 Russian drones (UAVs) were destroyed by Ukrainian forces on Saturday, December 10, according to Ukraine’s military update on Russia’s combat losses since February 24.

Around 380 more soldiers from Russia were reportedly killed by Ukrainian forces, which saw the number of Russian soldiers that have lost their lives fighting in the conflict rise to around 94,140, according to Ukraine’s MoD.

The other significant increase in figures is the loss of one Russian artillery system which takes the number destroyed by the Ukrainian army to 1928.

A detailed breakdown of the war shows that the loss of the two Russian tanks now means Ukraine has destroyed 2942, while the destruction of three more APCs now means that Putin’s army has now lost 5920 in total.

The destruction of another 10 Russian drones takes the number destroyed by Ukraine to 1613 in total.

The news comes after Dmitry Medvedev, Deputy Chairman of the Russian Security Council, announced that Russia is stepping up the production of the ‘most powerful weapons of destruction.’

On Sunday, December 11, Medvedev said that Russia is not only fighting Ukraine in Kyiv but also around the world and because of that, his country was ramping up the production of its most powerful weapons.

“It is much more difficult for us – our enemy is not only entrenched in the Kyiv province of our native ‘Little Russia’. He is in Europe, North America, Japan, Australia, New Zealand…,” Medvedev said.

“So we are ramping up production of the most powerful means of defeat. Including those based on new principles.”