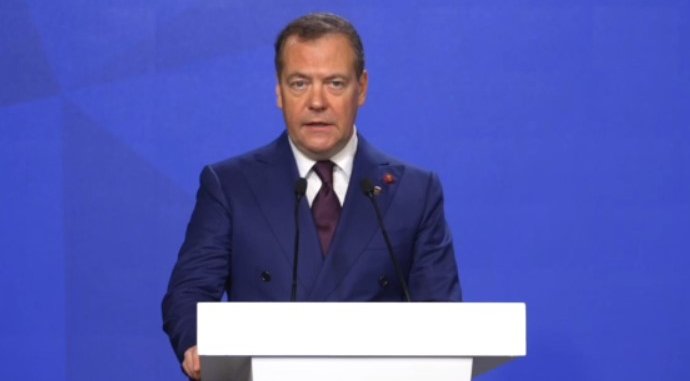 A veiled threat against the West was issued by Dmitri Medvedev, the former Russian president, when he spoke of using ‘the most powerful means of destruction, based on new principles’.

Dmitri Medvedev, the former Russian president and current number two of the Kremlin’s Security Council, confirmed on Sunday, December 11, that Moscow is building ‘the most powerful means of destruction, based on new principles’. He issued a veiled threat of using them against the West with the war in Ukraine as an excuse.

Posting on his official Telegram channel, Medvedev wrote: “Pseudo-Ukrainian rabid mutts with Russian surnames, choking on their toxic saliva, declare that their enemy is located within the borders of Russia, from the West to Vladivostok. There is no cure for rabies”.

“It is much more difficult for us – our enemy is not only entrenched in the Kyiv province of our native Little Russia. He is in Europe, North America, Japan, Australia, New Zealand, and a number of other places sworn to modern Nazis”, he continued.

“That is why we are increasing production of the most powerful means of defeat. Including those based on new principles”, Medvedev concluded.

He did not detail what these ‘new principles’ include, but it could be that he was referring in particular to the new generations of hypersonic weapons that Moscow claims to have developed in recent years. The spectre of nuclear war has returned since the February offensive in Ukraine, highlighting the erosion of the Cold War global security architecture.

Russian military setbacks in recent months have raised fears that Moscow is considering the use of unconventional weapons to try to counter the pro-Ukrainian trend on the ground.

President Vladimir Putin previously played down the risk of such a resource by stressing that these weapons were ‘a means of defence for a retaliatory attack’. However, on Friday 9, he hypothesised that Russia could change its military doctrine by introducing the possibility of a preemptive strike to disarm an enemy.

He assured that Russia could adopt strategies developed by Washington in the past, referring to the idea of ​​the pre-emptive strike launched on Iraq in 2003. The US State Department condemned the latest remarks, stating that ‘any discussion, however vague, about nuclear weapons is absolutely irresponsible’.

Medvedev has become one of the most incendiary voices of the Russian ruling class in recent months. Any reference from him to the hypersonic weapons that Moscow pertains to be in possession of should probably not be taken too lightly. Putin is fully aware of his outbursts but has yet to reprimand him, at least publicly.