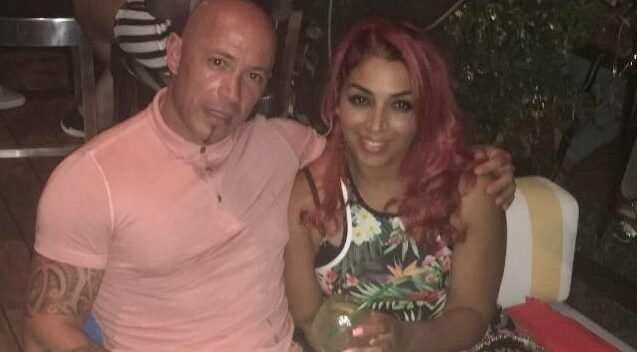 Another Met Police Officer has been sacked after a disciplinary tribunal rejected her claim that she did not know that her husband was a cocaine baron.

According to the Evening Standard on Monday, December 12, PC Rasvinder Agalliu’s home was raided after police suspected that her husband Julian Agalliu, 47, sold drugs.

He is reported to have sold the packaged product with the luxury Hublot brand through the notorious EncroChat communication system, using the money to fund their lavish lifestyle.

During the raid police found a bowl of cocaine next to the bed that the couple shared. The former beauty queen, however, denied that she knew he was running a drugs empire despite the evidence.

She claimed that she thought he warned his money as a chef working for professional footballers. She also tried to claim that he was controlling but the tribunal ruled against the PC of 15 years.

In their conclusion they said: “Mr Agalliu in our view was not hiding his drug use within the home. There were drugs and the means to supply them clearly evident in her home and we are satisfied she knew they were there.”

The tribunal also heard how he was convicted by a jury of supplying class A and class B, and was remanded in custody until sentencing in February next year.

During the raid officers uncovered messages referring to 100kg packages, cocaine parcels stamped with the ‘Hublot’ brand. They also found evidence of drug exchanges, and a conversation about a possible gun deal.

Bizarrely claimed to work in ballet as an “artist” and suggested that he had been “set up.” But the drug dealer who used the alias ‘Nicemoon’ on EncroChat – a communication system favoured by organised crime, was faced with overwhelming evidence of his drug operation.

Prosecutor William Davis, who said Agalliu gave himself away by posting pictures of his home and children as well as references to his PC wife, thought that communications were encrypted.

He said: “They thought their communications were encrypted, so secure and police would never be able to read them.

As a result, they were somewhat careless with messages they sent to each other.”

The cocaine baron even posted details about his wife’s travels to work at the Kensington Police Station and he even boasted that she had been promoted to Sergeant in the Met.

Drugs were found in a Louis Vuitton box under Agalliu’s bed, as well as £27,000 in cash.

Although PC Agalliu said her husband earned between one and four thousand a week, they had rent payments of £5,000 a month, used cars worth more than £250,000 and lived in a home valued at nearly £2 million.

She said that her husband worked after hours in footballers homes cooking for them and that he was paid in cash but that he wouldn’t tell her how much he got. She also claimed that the drugs were planted, but that claim was rejected.

The mother of three was fired but has not been charged, however, her husband will be sentenced in February along with accomplice Daniel McNeil-Duncan, from Brentwood in Essex.

The case was dealt with not long after the new Met police chief spoke of the difficulty in dealing with misdemeanours, such as the Met Police officer who was sacked after going to tribunal claiming that she did not know her husband was a cocaine baron.