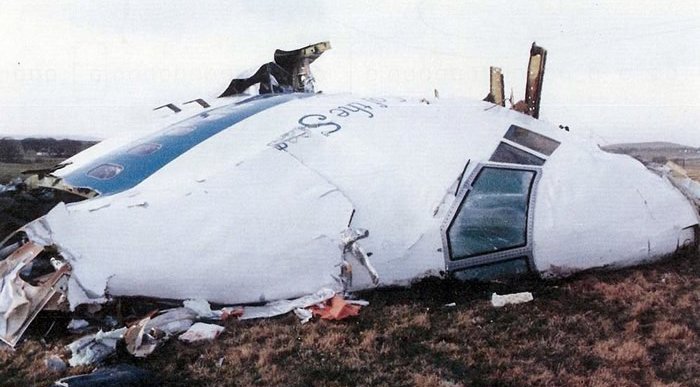 Abu Agila Mohammad Masud, a Libyan national accused of making the bomb that blew up a Pan Am flight over Lockerbie in Scotland in 1988 is said to be in US custody but mystery surrounds how he got there.

Following an announcement by Scottish prosecutors, the US Justice Department confirmed in a statement this Sunday, December 11 that the alleged Lockerbie bomber had been taken into custody.

“He is expected to make his initial appearance in the US District Court for the District of Columbia. Additional details, including information regarding public access to the initial appearance, will be forthcoming”, it concluded, as reported by Sky News.

Al Marimi is a Libyan national accused of building the explosive device that brought down a Pan Am flight over the Scottish town of Lockerbie in 1988. A total of 270 occupants – including 11 on the ground – were killed in what was the UK’s worst-ever terrorist attack.

More commonly known as Masoud, he had long been a suspect in the bombing alongside two others. Al Amin Khalifa Fhimah, Abdelbaset Ali Mohmed al-Megrahi, and Masoud were named in an affidavit from the US Justice Department in 2020.

In the document, he stands accused of being an operative of the Libyan Intelligence Service. They are better known as the External Security Organisation (ESO). Masoud is thought to have been under the command of the Libyan Government while conducting operations against Libyan dissidents and foreign powers.

He was also often believed to have been directly controlled at times by then-leader, the late Muammar Gaddafi. Between 1973 and 2011, Masoud worked as a bombmaker for the ESO claimed the US legal document.

Masoud is alleged to have flown under orders to Malta with a suitcase containing an explosive device in December 1988. He then stayed in a hotel for several days where he prepared the explosive device which involved setting a timer for it to detonate exactly 11 hours later.

Early on December 21, Fhimah – who worked as a security official for Libyan Arab Airlines, along with al-Megrahi – then met Masoud at Malta’s Luqa airport and took custody of a suitcase containing the active bomb. The unaccompanied case was allegedly subsequently checked onto an Air Malta flight to Frankfurt.

On arrival in Germany, the suitcase was transferred onto Pan Am Flight 103A headed for London Heathrow. This was the feeder flight for the eventual Pan Am 103 flight that exploded over Lockerbie at 33,000ft just 38 minutes after leaving London.

In 2012, Masoud allegedly confessed to his role in the bombing while in custody. He also admitted his part in the explosion that destroyed the LaBelle Discotheque in Berlin in 1986. That blast took the lives of three people – US soldiers and a Turkish citizen – and injured 230 others in a nightspot frequented by US servicemen.

Exactly how Masoud ended up in American hands is still a mystery and there has been no official information released by US officials about how or where he was detained.

According to a local media report in Libya last month – quoting the current head of Intelligence in Tripoli – he was allegedly ‘abducted’ from Libyan custody by a ‘squad of unknown affiliation, without any significant coordination with the intelligence service’.

A secret deal to hand Masoud over was forged between US officials and the Tripoli-based Government of National Unity (GNU) according to London-based Asharq Al-Awsat. They suggested that a blind eye was turned by Abdul Hamid Dbeibeh, the head of the GNU in return for American recognition of his government.

A spokesperson for Scotland’s Crown Office and Procurator Fiscal Service said: “The families of those killed in the Lockerbie bombing have been told that the suspect Abu Agila Mohammad Masud Kheir Al-Marimi is in US custody”.

“Scottish prosecutors and police, working with UK government and US colleagues, will continue to pursue this investigation, with the sole aim of bringing those who acted along with al-Megrahi to justice”, they continued.

“Our loved ones will never be forgotten, and those who are responsible for their murder on December 21, 1988, must face justice”, concluded the statement, without mentioning when Masud was handed over to the Americans.