Plea for financial support for Spanish sufferers of ALS 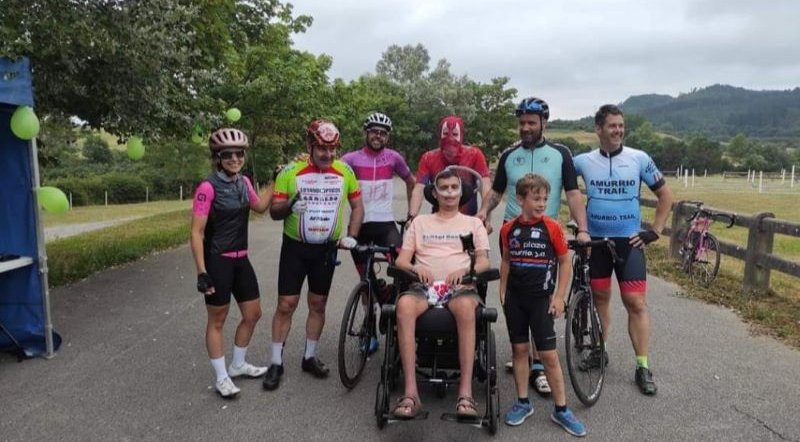 Rodrigo still tries to continue to get out and about Credit: Alberto Il Diavolo Valles Facebook

Voluntary muscles produce movements like chewing, walking and talking and symptoms get worse over time, so sufferers need assistance to carry on living as there is no cure for ALS and no effective treatment to slow it down.

According to the Spanish Foundation for the Brain, there are an estimated 3,000 sufferers in the country with the number rising each year whilst Statista reports that in 2020, more than 1,000 people died from ALS and although it tends to kill more men (586) than women (513) it is no respecter of gender.

Now, a father from Bilbao, Alberto Il Diavolo Valles has organised a petition on change.org calling for financial assistance for all of those trying to cope with ALS as it costs families a great deal of money to simply keep their loved ones alive.

He uses 25-year-old Rodrigo as an example of someone who is suffering from the disease which he caught during the pandemic meaning that he had to leave his job and no longer participate in his passion for sport, instead he now needs help to do anything.

Alberto says it’s bad enough to have to fight just to stay breathing but the cruellest thing about this disease is that in order to continue living sufferers need equipment, tools and assistance that 96 per cent cannot access due to their cost, so they simply die.

He estimates that it can cost as much as €3,000 per month to support an ALS sufferer and although some health services throughout the country do offer some form of support, a June 2022 review of the cost of healthcare in Catalonia for sufferers found that the health service expended just over €5,000 per annum on individual patient care.

The first man to be euthanized in Spain, Javier Serrano could no longer carry on because he suffered from ALS and with the ever-increasing cost of living crisis, other sufferers without financial support may simply decide that life is no longer worth living.

In Galicia, the autonomous community now allocates €1,000 a month (over and above any social security payments made) to ALS sufferers and the petition which now has more than 60,000 signatures calls for all autonomous communities to follow suit otherwise there will be even more suffering and deaths.

Thank you for reading ‘Plea for financial support for Spanish sufferers of ALS’ and remember that all articles produced by Euro Weekly News may be accessed free of charge.