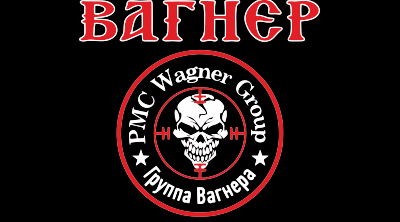 Ukraine has claimed to have struck the Luhansk headquarters of the paramilitary group Wagner who have been responsible for recruiting soldiers from prisons in Russia.

According to a news report by the Guardian on Monday, December 12, the exiled governor of the Luhansk region Serhiy Haidai, told Ukranian television that the strike had resulted in many deaths.

“They had a little pop there, just where Wagner headquarters was located.

“A huge number of those who were there have died.”

Wagner, the mercenary group that Putin has enlisted to help in the war, has been guilty of many atrocities including the torture and killing of its own troops.

The strike has not been independently verified but footage online suggests that the site was hit. Russian state media confirmed that a hotel complex in the town of Kadiivka, which Russians called Stakhanov, was hit by artillery fire on Sunday.

Alexander Simonov, the blogger who runs the Brussels Messenger channel on Telegram, was the first to report the strike. He said: “The strike was done by Himars. “There were members of the Wagner PMC in the building.”

It had long been rumoured that the facility was being used Russian officers fighting in the region, however there is no confirmation as to the number of casualties or was in the building at the time.

Artillery of the Armed Forces of Ukraine inflicts massive strikes on Wagner and the RF Armed Forces near Bakhmut. (Unconfirmed rn, but…. 👀👀👀👀👀) pic.twitter.com/u93Vob7OUa

The only person to make any mention was the founder of Wagner who said that his son, who was reported to be fighting in the area, had not been injured.

In a statement, Prigozhin denied that his son had been injured in the strike. He said: “Don’t worry. Everything is fine with my son.”

Whether the claim by Ukraine that it hit the HQ of paramilitary group Wagner in Luhansk is true or not, what is evident from the pictures online is that soldiers of some sort were using the facility and that there were injuries.

Thank you for taking the time to read this article, do remember to come back and check for all your up-to-date local and international news stories and remember, you can also follow us on Facebook and Instagram.

Originally from South Africa, Peter is based on the Costa Blanca and is a web reporter for the Euro Weekly News covering international and Spanish national news. Got a news story you want to share? Then get in touch at [email protected]ynews.com.