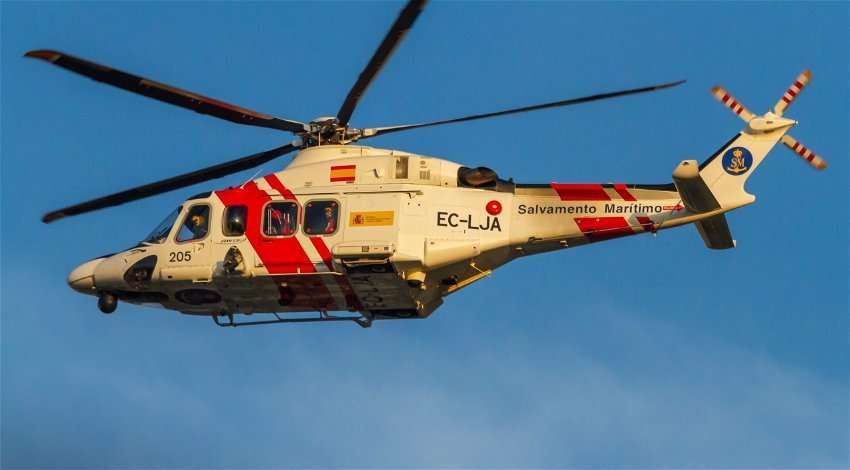 HEARTBREAKING news from Alicante’s Calpe on Tuesday, December 13, as Spain’s Salvamento Marítimo found the body of Gonzalo, a 43-year-old fisherman, who reportedly fell into the sea on December 12.

The body of the fisherman was found by a Maritime Rescue helicopter “Helimer 220” in the sea between Altea and Calpe on the morning of December 13, after reports that he had disappeared the previous day.

Gonzalo was found floating in the sea less than a mile from the Morro de Toix, a majestic headland jutting out into the Mediterranean, midway between Altea and Calpe on the Costa Blanca.

The 43-year-old sailor was part of the “El Villa” crew, a fishing trawler from Almeria based in Gandia, a city on the east coast of Spain, as reported by Levante-EMV.

According to reports, the trawler unloaded its catch in the port of Altea on December 12 and was on its way back to Gandia when the sailor, who had around 27 years of fishing experience, went missing.

Speaking to the Spanish news outlet, Gonzalo’s colleagues said that he was “an excellent person”.

One of the fishermen added: “We all liked him very much. We are brothers at sea. We think he may have suffered from seasickness and that is why he fell into the sea.”

The crew of “El Villa” were unloading its catch in the port of Xàbia on December 13 when the news that Gonzalo’s body had been discovered.

A search for the missing fisherman began at around 2 pm on December 12 and involved Salvamento Marítimo helicopters “Helimer 220” and “V1”, boats Salvamar LEO and LS Montgó, officers from the Guardia Civil and the Red Cross, who searched the coastline of Altea, Calpe, Benissa and Moraira.

Other fishing crews from Calpe, Altea and Xàbia also joined the search until nightfall on December 12.