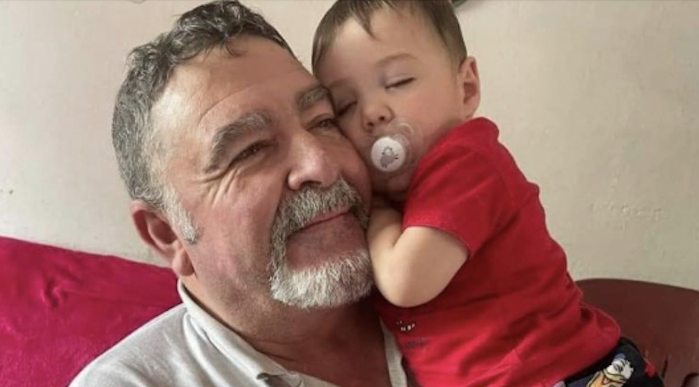 HEARTBREAKING news on Tuesday, December 13, after it was confirmed that the baby grandson of a grandfather, a resident of Manzanilla (Huelva) who passed away last week, has sadly died.

UPDATE 2.48 pm (December 13) – Following the shocking discovery that the grandfather, who had gone missing with his baby grandson on December 7 from Spain’s Huelva, had died in his car, there was still hope that the 22-month-old child would pull through after being taken to an ICU unit in Seville via air ambulance. However, the young child died on the morning of December 13.

The young boy, identified as Daniel, who disappeared with his grandfather in the town of Manzanilla in Huelva, died in the Virgen del Rocío Hospital in Seville.

He was found in a car with his grandfather 20 hours after their disappearance had been reported.

The boy had been on a life support machine but was believed to breathing on his own.

Doctors reportedly told the boy’s mother that he was not getting enough oxygen to his lungs and she is believed to have said that his grandfather, identified as Antonio, “would be with him, holding his hand and fighting with him until the end.”

Further information has emerged since the body of Antonio was discovered last week.

Spanish news outlet Europasur reported that the man had been to two nearby health centres on the afternoon of his reported disappearance.

The grandfather reportedly suffered from diabetes and was looking for some medication.

He took young Daniel with him to the centres but the emergency rooms of both centres were overcrowded so they left.

An autopsy report suggested that once in the car Antonio began to feel unwell.

He reportedly parked his car on the border between the municipalities of Villarrasa and Rociana del Condado in Huelva.

However, unable to inject himself with insulin during his distress, the man died of a heart attack.

It wasn’t until hours later that the car was discovered.

ORIGINAL 3.20 pm (December 8) – Tragic news coming out of Spain’s Huelva after it was revealed that a grandfather, who had gone missing with his baby grandson, has been found dead and the 22-month-old child has been taken to an ICU unit in Seville.

According to reports on Thursday, December 8, the grandfather, a resident of Manzanilla (Huelva), and his grandson had been missing since December 7 and were being searched for by worried family, friends and police.

Tragically, the man was found dead on December 8 while sitting in his vehicle, a day after his disappearance was reported.

The dead body of the man was discovered in the vehicle on the border between the municipalities of Villarrasa and Rociana del Condado in Huelva, according to the Mayor of Manzanilla, Cristóbal Carrillo.

The 22-month-old boy was still alive and was flown by air ambulance helicopter to the Virgen del Rocío Hospital in Seville, the mayor reported.

Carrillo said that it was initially thought that the grandfather was unconscious inside the car before the shocking discovery was made.

The child was initially transferred “in a very critical state” to the health centre in La Palma del Condado (Huelva), where he was tried to be stabilized before being taken to the Virgen del Rocío Hospital in Seville in a helicopter.

According to the Mayor of Manzanilla, the baby was said to have been crying on the flight which was seen as a good sign.

Relatives of the grandfather and grandson reported them missing to Guardia Civil officers in Manzanilla on Wednesday, December 7.

Spanish news outlet El Confidencial reported that the armed forces had activated a search operation after the pair were reported missing.

A helicopter was also deployed in the search operation, although weather conditions made the search difficult.