US College football mourns the death of Coach Mike Leach 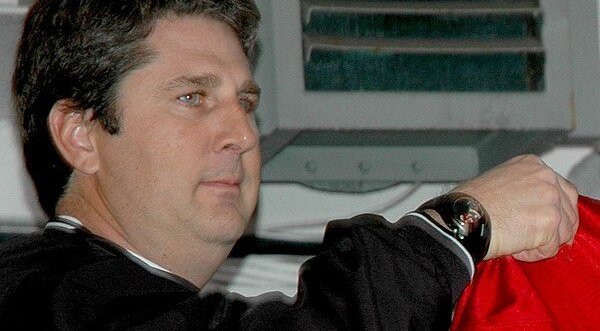 The Head Football Coach of the Mississippi State University (MSU), Michael Charles “Mike” Leach died at the age of 61.

His death was announced by the Bulldog family on Tuesday, December 13 saying that Leach had died overnight in the University of Mississippi Medical Centre in Jackson, Mississippi.

Leach, who had a heart condition, is understood to have suffered complications resulting in his death.

Tributes have poured in for the much loved coach, led by his family who said: “Mike was a giving and attentive husband, father and grandfather.

“He was able to participate in organ donation at UMMC as a final act of charity. We are supported and uplifted by the outpouring of love and prayers from family, friends, Mississippi State University, the hospital staff, and football fans around the world.

“Thank you for sharing in the joy of our beloved husband and father’s life.”

“His innovative “Air Raid” offense changed the game. Mike’s keen intellect and unvarnished candor made him one of the nation’s true coaching legends. His passing brings great sadness to our university, to the Southeastern Conference, and to all who loved college football.

“ I will miss Mike’s profound curiosity, his honesty, and his wide-open approach to pursuing excellence in all things.

“Mike’s death also underscores the fragility and uncertainty of our lives. Three weeks ago, Mike and I were together in the locker room celebrating a hard-fought victory in Oxford. Mike Leach truly embraced life and lived in such a manner as to leave no regrets.

“That’s a worthy legacy. May God bless the Leach family during these days and hours. The prayers of the Bulldog family go with them.”

Compiled a thread of my favorite Mike Leach moments. Hope you all enjoy. RIP Coach. First, his thoughts on candy pic.twitter.com/Ly69VfZnwz

Leach, who was named Mississippi State’s 34th head football coach on January 9, 2020, was finishing his third season in Starkville and 21st as a head coach. Forever a college football icon, he leaves an incredible legacy as a husband, father, friend and leader of young men.

The Californian born coach, the oldest of six siblings, was raised in Cody, Wyoming where he played rugby. One of the most successful coaches in the history of college football, the two-time national coach of the year, three-time Power 5 conference coach of the year and the mastermind behind the NCAA record-setting “Air Raid” offense leaves his wife Sharon and their four children: Janeen, Kimberly, Cody and Kiersten.

Coach Mike Leach left his mark on the thousands of youngsters that he coached and each along with college football mourns his death.