UPDATE: Kaili and co-conspirators to appear in court on corruption charges 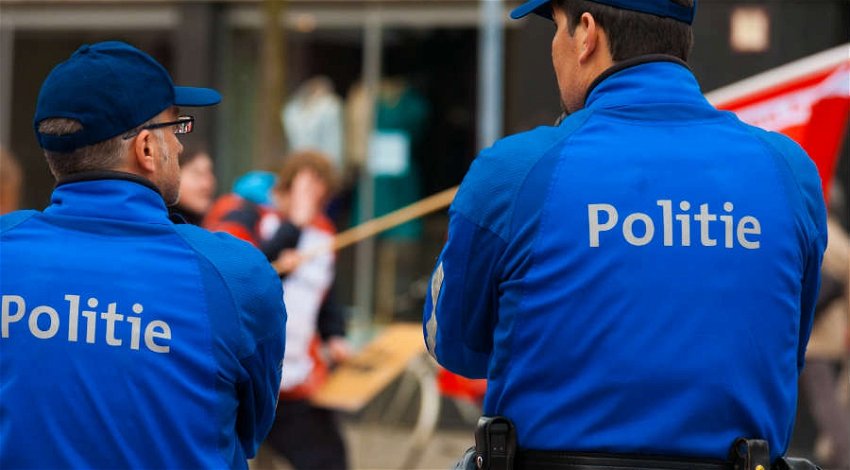 14:42 (December 13) – Belgian investigators have confirmed that more than €1 million in bank notes has now been seized.

The Greek MEP at the heart of the scandal has claimed innocence although her lawyer was unable to confirm what was found in the search of her home. Qatar have also protested their innocence.

The four arrested by police are to appear in court on Wednesday, charged with “participation in a criminal organisation, money laundering and corruption.”

According to prosecutors the searches resulted in cash worth about €600,000 found at the home of one suspect, €150,000 at the flat of an MEP and several hundred thousand euros in a suitcase in a Brussels hotel room.

12:23 (December 13) – The European Parliament voted today to strip the Greek MEP Eva Kaili of her role as Vice President.

The vote, which ratifies the decision of the group she headed, resulted in 625 votes in favour, one against and two abstentions.

Kaili remains in custody as the police continue their investigations, with more than €750,000 having now been confiscated.

The President of the European Parliament, Roberta Metsola, made the announcement shortly after the vote  at 12.15 p.m.

She said: “It has been a very difficult few days.

“We have given our full cooperation with the judicial and police authorities, both in Belgium and in other countries during the last days.

“In addition, we have the unanimous decision of today’s conference of presidents to remove a vice-president from office with a vote, together with a commitment to tighten our rules, investigate further, looking at the influence of certain third countries.

“We will not stop and leave no stone unturned. I can’t predict where this will go, but what I can say is that history won’t stop here.

On Tuesday, police searched the offices of the European Parliament and are following up further leads. More announcements are expected in the coming days although police are remaining tight-lipped about the investigation at this time. .

15:28 (December 12) – Police said that the EU Vice-President Eva Kaili who was arrested last week arrived home with bags of cash after a trip to Qatar.

In what will be a huge embarrassment for the hosts of the World Cup 2022 who hoped to improve their image through the tournaments hosting, now find themselves accused of bribery and corruption.

Following her arrest she was turfed out of her political party and has since had her assets frozen by Greek authorities.

The EU is now moving quickly to root out other corruption after ministers said that the arrest of Kaili destroys the credibility of and confidence in the institution.

In Strasbourg, the president of the parliament, Maltese conservative Roberta Metsola — who this weekend attended a police search of a Belgian MEP’s home — prepared to address the crisis.

Kaili has been remanded in custody and has not been able to re-join parliament in her official seat, for the plenary session.

She has been stripped of her responsibilities as a vice president of the parliament, notably that of representing Metsola in the Middle East.

Politicians across the spectrum have called for her to resign but the expectation is that she will hang on to the bitter end in the hop that her diplomatic immunity will protect her.

Police have also searched the home of Belgian socialist MEP Marc Tarabella, Vice-chair of the parliamentary delegation “for relations with the Arab peninsula.” He has, however, not been charged .

15:46 (December 10) – The Socialist Party in Greece has urged Eva Kaili, the European Parliament Vice-President to resign.

Qatar are said to have “bought” the support of officials in an effort to win the rights to host the tournament but also to help improve their image in the EU.

A member of the party told the AFP news agency: “There is pressure within the party for Kaili to leave her seat at the European parliament.”

She is said to be resisting with another Greek politician saying: “For the moment, she does not wish to give up her seat as she knows it would imply losing her parliamentary immunity.”

The president of the Greek socialists (PASOK) Nikos Androulakis had expelled her from the party following her on Friday. Kaili, a 44-year-old former television presenter, is being held for questioning along with four other suspects also detained on Friday.

22:21 (December 9) – Qatar is suspected of being at the heart of EU corruption according to an updated report by Le Soir.

The federal prosecutors office said: “The federal judicial police conducted 16 searches (at 14 different addresses) in several Brussels municipalities. Notably in Ixelles, Schaerbeek, Crainhem, Forest and Brussels-City. These searches were carried out as part of a wide-ranging investigation into alleged criminal organization, corruption and money laundering.”

Anti-corruption investigators “suspect a Gulf country of trying to influence the economic and political decisions of the European Parliament,” according to the federal prosecutor’s offic.

This they say they did by “paying substantial sums of money or offering large gifts to third parties with a significant political and/or strategic position in the European Parliament.”

Qatar is not specifically mentioned but several well-informed sources told Le Soir and Knack that it was indeed the host state of the World Cup.

Among the arrests are former S&D MEP Pier-Antonio Panzeri of Italy, the newly elected General Secretary of the International Trade Union Confederation (ITUC) Luca Visentini, as well as an NGO director and a European parliamentary assistant.

At this stage formal charges have not been laid with the individuals arrested for a hearing in the presence of a lawyer. They could be brought before the judge within 48 hours, who would then decide on possible arrest warrants.

All these suspects are of Italian nationality or origin and are active in pro-human rights associations and NGOs. Panzeri is also the president of Fight impunity, a non-profit organisation promoting “the fight against impunity for serious human rights violations” and international justice.

The money recovered this morning is said to have been found in the Brussels residence of the former MEP.

Information gained by Le Soir suggests that for Qatar, it is about defending “its” much-maligned football World Cup, and the emirate’s supposed progress on human rights or the working conditions of migrants.”

The European Parliament has said it does not issues statements around ongoing investigations but that it was assisting the police in what would appear to have been an attempt at lobbying that has overstepped the mark.

15:36 (December 9) – Four people have been detained in Belgium following an investigation by police into attempts to corrupt an Italian former member of the European parliament (MEP).

Belgian daily Le Soir said on Friday, December 9 that Qatar officials had attempted to bribe the socialist party member between 2004 and 209.

The accusations against Qatar have not been confirmed by the prosecutor’s office who simply stated that a Gulf state was involved.

Investigators have suspected for some time that attempts were being made to “buy” influence in the European parliament.

The prosecutor’s office confirmed the suspicions saying: “investigators have suspected a Gulf country of influencing the economic and political decisions of the European parliament, and this by transferring consequential sums of money or giving sizeable gifts to third parties with a significant and / or strategic position within the European parliament.

“Among those arrested is a former member of European parliament.”

The investigation has been looking into “corruption” and “money laundering” resulting in 16 raids in the Belgian capital and home of the European parliament. More than €600,000 are said to have been seized along with computer equipment and mobile phones.

The identity of the former MEP has not been released nor have the details of the Gulf Country accused of attempting to corrupt an Italian MP.