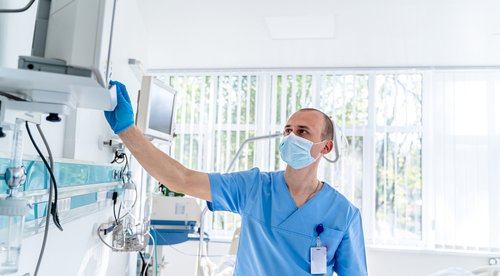 According to the latest data 10,000 at least 10,000 of the operations cancelled were listed as urgent, whilst another 2,500 for cancer patients.

Staff shortages were the most common reason for the cancellation of operations accounting for than 20 per cent of those cancelled for non-clinical reasons.

In total 158,000 operations were cancelled for non-clinical reasons with  a shortage of beds, 5,700 because of equipment failure, 12,600 because of administrative errors, 15,500 as theatre lists overran, 9,500 because an emergency case took priority and 250 due to adverse weather.

Staff vacancies are at record highs at just under 10 per cent with more than  133,000 full-time equivalent (FTE) posts unfilled.

Staff absenteeism at NHS Trust’s in England has exacerbated the issue, with more than 54,000 off sick in the first week of December.

With multiple viruses doing the rounds, adverse weather conditions and planned strikes, the situation is expected to worsen considerably.

12:26 (December 12) – A freedom of information request has revealed the extent to which pressure within the NHS is growing and just how the organisation is resorting to extortionate shift payments to keep operating.

According to the figures obtained by the Labour Party and released on Monday, December 12 shift payments in excess of £5,200 have been paid to doctors to cover a single shift. This from a health trust in the north of the country that is struggling to balance its books as it tries to cope with demand.

The figures were called for by the Labour Party who said they wished to show the staffing difficulties the NHS is going through at a time when the nurses’ union and the government are at loggerheads.

According to the Labour Party, NHS Trusts are spending billions annually on agency staff as the struggle to attract staff. They add such is the problem the average NHS Trust is paying doctors more than £2,000 per after hours shift whilst one in three is paying more than £3,000.

In a full on attack on the government on a day when many stars have come out calling on the government to protect the institution and to keep the NHS in public ownership, Wes Streeting Labour’s Shadow Home Secretary said: Desperate hospitals are forced to pay rip-off fees to agencies, because the Conservatives have failed to train enough doctors and nurses over the past 12 years.

“It is infuriating that, while taxpayers are paying over the odds on agency doctors, the government has cut medical school places, turning away thousands of straight-A students in England.”

A cross party group of MPs warned earlier this year that the NHS is facing its biggest staffing crisis in years and that it was putting patients at risk. The Health and Social Care Committee said: “There is a shortage of 12,000 hospital doctors, and more than 50,000 nurses and midwives – and that the government had “no credible plan” for making the situation any better.”

They added: “Projections have suggested an extra 475,000 jobs will be needed in health and an extra 490,000 jobs in social care by the early part of the next decade in order to ease the strain.”

Speaking to Sky News a Conservative spokesperson said: “We have recruited record numbers of doctors and nurses to support our NHS – with almost 4,000 more doctors and over 9,000 more nurses compared to September 2021.”

Whilst the political wrangling continues NHS pressure continues to grow lead to extortionate shift payments, obscene in light of efforts by nurses and ambulance drivers to obtain increases on par with the private sector.