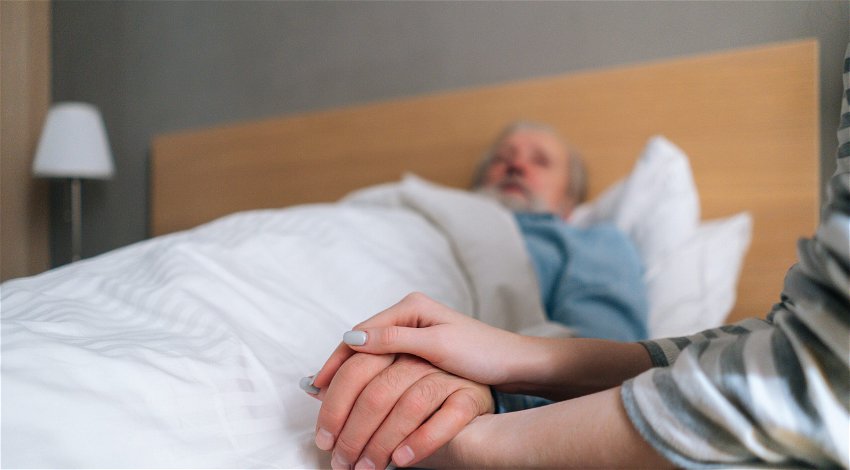 ACCORDING to the president of Italy’s Society of Emergency and Urgent Medicine (SIMEU), the ‘deadly mix’ of flu and Covid means that the Italian healthcare system is struggling.

Fabio De Iaco, president of Italy’s SIMEU, said that emergency rooms in Italian hospitals are at breaking point due to flu and Covid.

Speaking to Italian news outlet fanpage.it, De Iaco said: “[Hospital] admissions have intensified by about 50 per cent compared to what we saw in September.

“The flu, which we are seeing this year, is not only much more virulent but has even arrived a month earlier than in previous years.”

De Iaco, who directs the Emergency Room and Emergency Medicine at the Maria Vittoria Hospital in Turin, said that the situation isn’t just confined to problem areas such as Lazio, Sardinia, Piedmont, Campania, and Lombardy, but also in Veneto, Emilia Romagna, Tuscany, and Friuli Venezia Giulia.

He added: “There are critical issues that are no longer localised but widespread even in regions considered good.

“The situation can only get worse in the coming weeks.

“We expect the peak during the holidays.”

Filippo Anelli, president of the National Federation of Physicians’ Associations, told another Italian media outlet, Adnkronos Salute, that the “epidemic situation of the flu is worsening.”

He added: “The epidemic is on a steep rise, the peak has not been reached, and we expect it to be reached around Christmas or later.

“But we are already at levels that we really did not expect, at least for this period.

“This means that quite a few people will stay in [a hospital] bed over the festive period.”

According to Anelli, the answer to the problem is vaccines.

He added: “Wearing it should be an act of responsibility on the part of all those who have flu symptoms, and it is also the only way to avoid circulating quantities of the virus in the environment, and thus reduce its spread.”

The latest statistics, according to Anelli, show that Italy is “at 16 cases per thousand patients.”

“We are up about three points compared to last week,” he said.

“So flu is on the rise. And on hospitals, the impact is now beginning to be felt.”