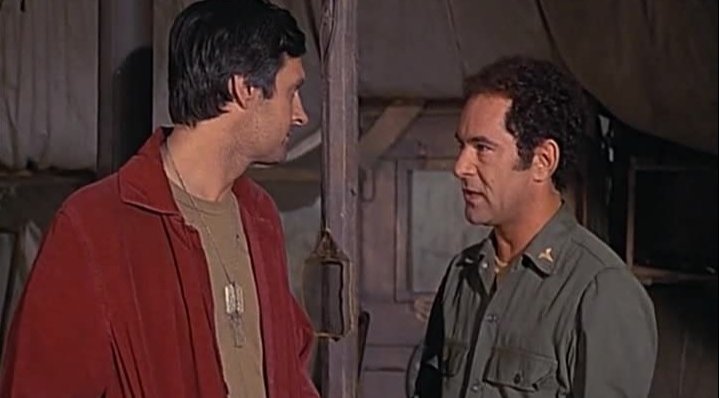 Stuart Margolin, the Emmy award winning actor famed for his roles in The Rockford Files and Kelly’s Heroes has died from natural causes at the age of 82.

Announcing his death on Tuesday, December 13, Margolin’s stepsons Max and Chris Martini said that he passed away at his home in Virginia.

The two boys along with their mom were at his bedside when he passed with Max taking to Instagram to say: “The two most profound moments in my life… the birth of my kids and being bedside as my step-father passed this morning.

“My mother, brother and I holding his hands. All the time in between birth and death, life, is up to us to fill with equally profound moments.

“Anyway, it made me realise how much time I’ve wasted on things that were never going to amount to anything. Just a profound realization I thought I’d share,’ Max said.

“Love you Stuart Margolin. A great actor/writer/producer/director. But more importantly, a profoundly gifted step-father that was always there with love and support for his family. RIP Pappy. Keep ‘em cold.”

Born in Iowa, Margolin was sent to boarding school in Tennessee after his family moved to Texas. He reunited with his parents in Arizona where he completed his high school, before following friend Barney Brown, who mentored the likes of Dustin Hoffman, Gene Hackman and Robert Duvall, to California.

His acting career kicked off a few years later with an appearance on the Gertrude Berg Show in 1961 and guest roles in shows such as The Fugitive, 12 O’Clock High, The Monkees and Bewitched.

Following the appearance in Kelly’s Heroes he met who would become his lifelong friend, James Garner. After striking up the friendship he joined the Rockford Files where he played Angel Martin. That role won his back to back Emmy awards in 1979 and 1980 for Best Supporting Actor in a Drama Series.

But not just an actor, Margolin also wrote and directed taking the helm on episodes of The Mary Tyler Moore Show, Wonder Woman, The Love Boat, Quantum Leap and several of the Rockford Files TV movies.

The final performance of the Kelly’s Heroes and Rockford Files Emmy award winning actor came in the 2020 film What The Night Can Do, which he also wrote the screenplay for. The show was directed by his stepson Christopher Martini.

Originally from South Africa, Peter is based on the Costa Blanca and is a web reporter for the Euro Weekly News covering international and Spanish national news. Got a news story you want to share? Then get in touch at [email protected]ynews.com.