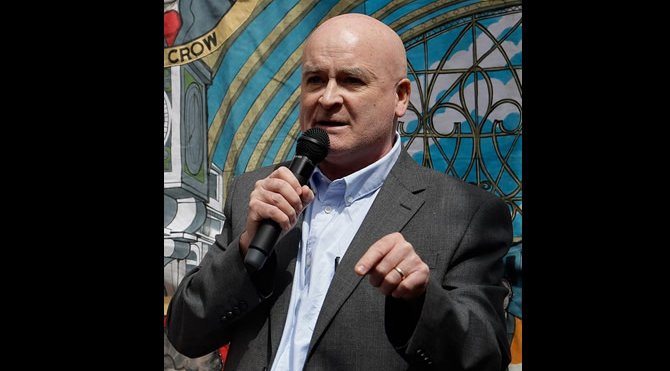 Andrew Haines, the CEO of Network Rail claimed today, Tuesday, December 12, that RMT boss Mick Lynch is worried that his proposed Christmas strikes across Britain could collapse. The union head was involved twice today in heated exchanges on television.

During an interview with Richard Madeley on Good Morning Britain, Lynch appeared to lose his cool as the presenter pressed him to give an answer to his question about the rail strikes. Madeley suggested that RMT’s actions could end up putting hoteliers, restauranteurs and retailers out of business over the busy Christmas period.

‘We’re not targeting Christmas, it isn’t Christmas yet, Richard, I don’t know when your Christmas starts but mine starts on Christmas Eve’, a reply that Richard called ‘disingenuous’, adding: ‘Commercial Christmas starts in December, you know that’.

‘I have no intention of spoiling people’s Christmas. The Government is contributing to that spoiling of the people’s Christmas because they’ve brought these strikes on by stopping the companies from making suitable proposals’, he continued.

‘That’s the position that we’re in and we’ll have to keep this dispute going until we get a reasonable settlement and a reasonable set of proposals that our members want to accept’. As tensions mounted between the pair, Lynch ended up saying: ‘Richard, why don’t you just interview yourself?’.

He then got into a heated exchange with the BBC’s Mishal Husain on the Today programme. Lynch accused her of ‘parroting’ right-wing ‘propaganda’, after objecting to her line of questioning.

The Network Rail boss told The Telegraph that this new show of tension from Mr Lynch was due to the fact that he is gradually losing the support of RMT union members. Haines said Mr Lynch was ‘worried that strikes won’t hold for 10 days, and that he realised he ‘knows he’s got to find a way to do a deal’.

Today marks the first day of the strikes convened by RMT members. These walkouts were backed originally by 91 per cent of the members but in the latest ballot, only 63 per cent voted to continue the industrial action. RMT had advised its members to reject Network rail’s latest improved pay offer of 9 per cent.

Only 41 per cent of British people supported the rail strikes according to a YouGov poll released on November 29. Another 47 per cent were against them, as reported by dailymail.co.uk.