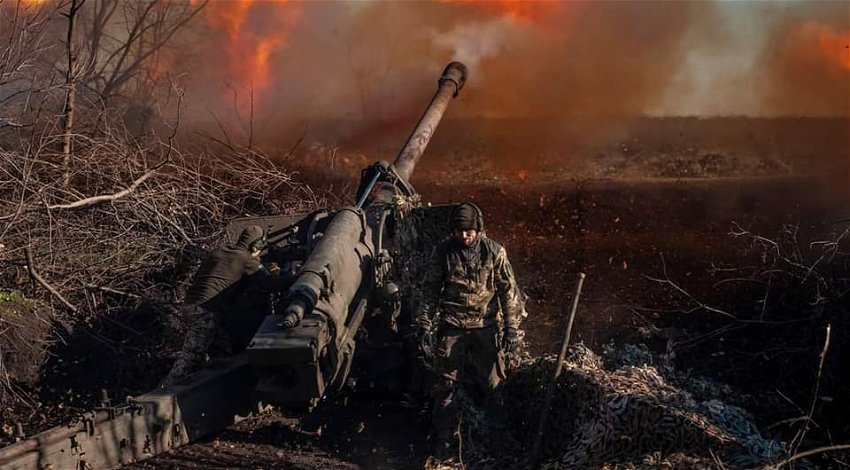 ON Tuesday, December 13, Ukraine’s Ministry of Defence published updated figures of combat losses inflicted on Russian forces since the beginning of the war, including the destruction of more MLRS.

In the updated Russian combat losses, Ukraine’s MoD announced that a further seven Russian MLRS (Multiple Launch Rocket Systems) had been destroyed by Ukrainian forces on Monday, December 12. This takes the number of Russian MLRS lost in Ukraine to 404.

According to the latest data, another 500 Russian soldiers reportedly died in battle, which has brought the total to around 95,260.

Загальні бойові втрати противника з 24.02 по 13.12 орієнтовно склали / The total combat losses of the enemy from 24.02 to 13.12 were approximately: pic.twitter.com/B4PqAD9Oy4

A detailed breakdown of the war shows that the loss of two more Russian Armoured Personnel Carriers (APCs) now means Ukraine has destroyed 5930, while the destruction of another two Russian artillery systems now means that Putin’s army has now lost 1931 in total.

The news of the reported Russian losses comes after it revealed that the Ministry of Defence in Belarus had undertaken a snap check of the army’s combat readiness, as the country continues to cite the border with Ukraine as its biggest concern.

Belarus’ Ministry of Defence announced on Tuesday, December 13 that the country’s armed services were undergoing an inspection.

The Ministry of Defence said: “The events will be comprehensive.

“The troops will have to move to the designated areas as soon as possible, carry out their engineering equipment, organize protection and defence, as well as build bridge crossings across the Neman and Berezina rivers.”