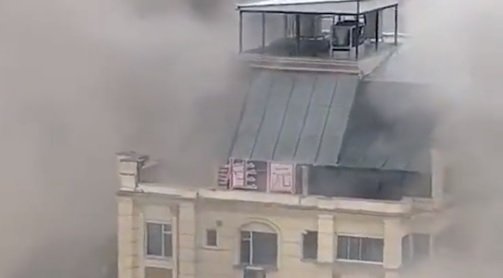 10:43 (December 13) – Islamic State has claimed responsibility for the attack that left three dead and 18 wounded.

Islamic State have posted the details of the attackers, however there is no news as to their fate.

The Islamic State Khorasan has published the pictures attackers of the Kabul Longan Hotel. The militant group has identified them as Abu Omar and Abdul Jabbar. No further details have been given apart from a video of pledging allegiance. https://t.co/7jQWTt9svw pic.twitter.com/I6LUNoavis

According to the South China Morning Post on Monday, December 12 the hotel is popular with Chinese business people looking to invest in the country. The attack will be a big blow for the country, particularly after recent claims by the Taliban that they had improved security in the region after taking power in August last year.

According to eyewitnesses gunfire could be heard along with several blasts in an attack that went on for several hours.

Major attack at a hotel in Kabul, Afghanistan, where Chinese nationals were staying. Explosions and gunshots were heard.

China had recently asked the Taliban for security at the Chinese Embassy in Kabul.

An Italian NGO that operates a hospital in Kabul tweeted: “So far, we have received 21 casualties – three were already dead on arrival.”

Zabihullah Mujahid, the Taliban government’s spokesman confirmed the attacks saying that at least two foreigners were injured trying to escape by jumping out of the hotel windows. He added that a clean-up operation is underway.

So far no one has claimed responsibility for the attack but it is known that Islamic State is operational in the area and has been behind some recent attacks. A Kabul police spokesman told reporters the attack was carried out by “mischievous elements” adding in a WhatsApp statement:  “Security forces have reached the area and the clearance of the raiders is under way.”

Posts on social media show the hotel on fire and residents trying to escape from windows.

Suicide bombers attacked #Chines hotel in Kabul, there is no further causalities reports. I am curious at the moment country is not safe 4ordinary people what the hell China want there? its said #chromite excavation is dubbled and working on copper reserve is started, this is pic.twitter.com/d7AV3LqsMa

China has yet to officially recognise the Taliban government but Chinese business eager to take advantage of potentially lucrative deals have been quick to visit the neighbouring state. The country does maintain a diplomatic presence although it is fearful that the country could be used by Uygur separatists in China’s sensitive border region of Xinjiang.

The Taliban have offered to prevent any insurgencies from Afghanistan provided the Chinese invest in their country, something China is more than willing to do as it fits in nicely with President Xi’s belt and road plans.

Afghanistan does have raw materials that China wants, but the country is also strategically placed to provide influence in the Middle East.

The gunmen attack that has left three dead in Afghan’s capital Kabul will be a setback for the country, however, it is likely to deter Chinese investors willing to risk investing in the country.