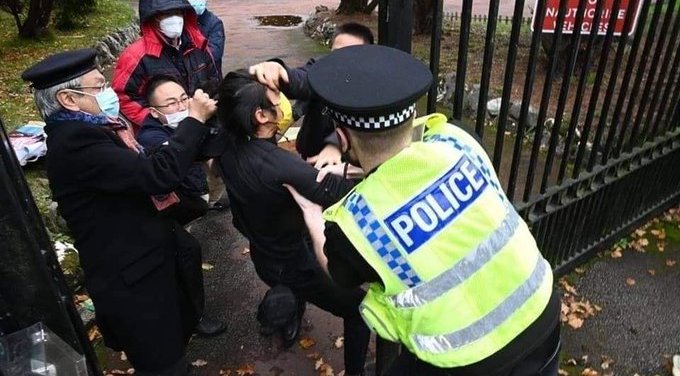 China has recalled six officials wanted by police in connection with the incident outside the country’s consulate in Manchester earlier this year, in which protestors were beaten.

The UK’s Foreign Secretary James Cleverley said on Wednesday, December 14 that the recall came after the police provided a list of who they wished to interview over the incident. That list included the consulate general.

A written statement provided by Cleverley said: “I am disappointed that these individuals will not be interviewed or face justice.

“Nonetheless, it is right that those responsible for the disgraceful scenes in Manchester are no longer – or will shortly cease to be – consular staff accredited to the UK.”

In response, the Chinese Embassy, who said that the staff were being recalled under normal rotation, blamed British police saying they had failed to protect consular staff. They added they would be lodging a formal protest with the British government.

Footage posted online clearly showed consular staff leaving the grounds to attack protestors, including one who was dragged through the gates of the facility and beaten.

Cleverley, who summoned the acting Chinese ambassador said: “Images carried on social media showed what appeared to be completely unacceptable behaviour by a number of individuals near the entrance to the consular premises.”

Police had requested the six involved waive diplomatic immunity so that the incident at the start of the Communist Party’s congress.

An embassy spokesperson was quoted as saying that the protest was a “violent, disruptive provocation” and that the UK had failed to protect the consulate and its staff which they said was ”totally unacceptable.”

They added that they believe “the UK government had sided with those violent rioters,”

China continues to try and suppress criticism of the country, its policies and its leaders. This time blaming the UK government for failing to protect consulate officials who left the premises to accost protestors legally protesting in Manchester.