Governor commutes all 17 death sentences in the state of Oregon 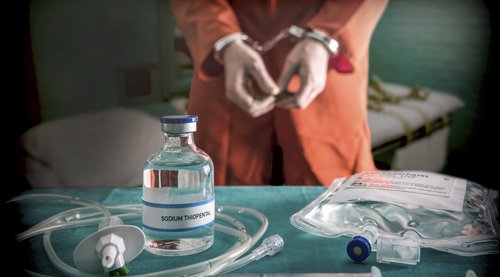 Democratic Governor Kate Brown, who has less than a month left in office, has commuted the death sentences of all 17 individuals on death row.

Making the announcement on Tuesday, she told AP News that their death sentences will be changed to life in prison without the possibility of parole. The order is due to take effect today, Wednesday, December 14.

She said: “I have long believed that justice is not advanced by taking a life, and the state should not be in the business of executing people, even if a terrible crime placed them in prison.”

Continuing she said that victims experience “pain and uncertainty” as they wait for decades while individuals sit on death row.

The leader of the minority Republican Party criticised the governor accusing her of “a lack of responsible judgment.”

Breese-Iverson said in a statement: “Gov. Brown has once again taken executive action with zero input from Oregonians and the Legislature.

“Her decisions do not consider the impact the victims and families will suffer in the months and years to come. Democrats have consistently chosen criminals over victims.”

But Brown countered saying: “My hope is that this commutation will bring us a significant step closer to finality in these cases.”

The state has not executed a prisoner in more than 25 years with her predecessor having imposed a death penalty moratorium. When she came into office she said she would respect the moratorium but said that she now feels it’s right to bring closure to these cases.

According to the Death Penalty Information Centre, some 17 individuals have been executed in the US so far this year. They have all died by lethal injection with only Texas, Oklahoma, Arizona, Missouri and Alabama continuing to impose the death sentence.

There will be many who criticise the decision, but many around the world will applaud Brown for taking the step to bring these cases to a close by commuting their death sentence.