Lionel Messi to retire from international football on Sunday 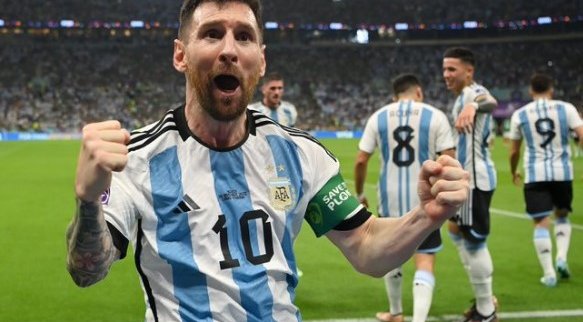 Lionel Messi has confirmed that Sunday’s World Cup final will be his last ever international match as he seeks to go out with a big bang.

According to the Daily Mail on Wednesday, December 14 Messi is aiming to cement his legacy by lifting the trophy before bowing out.

The Argentine superstar has won almost every accolade going and Sunday would be the crowning glory for a man who put in a sterling performance to see his side sail past Croatia on Tuesday.

Speaking after the game Messi, now 35, said that playing in a final is the best way to go out and that he doesn’t think he could make the next final in four years’ time.

Speaking to TyC Sports he said: “A lot of happiness, being able to achieve this. Ending my career in the World Cups playing my last game in a final.

‘Everything I experienced in this World Cup is something very exciting , what people lived through, how people are enjoying it in Argentina.’

When asked if it was his last World Cup, he added: ‘Surely yes. There are many years for the next one and I don’t think I will be able to do that and ending this way is the best.

‘The important thing is to be able to achieve the group objective, which is the most beautiful of all.

‘We are one step away after fighting a lot and we are going to try to give our best as up to now, to try to make it happen this time.”

Messi, who is to retire from international football,  will be watching tonight’s game between Morocco and France closely, with neither likely to roll over quite so easily in the final. France should they win could pull off the biggest success in the history of the tournament by winning back-to-back titles.