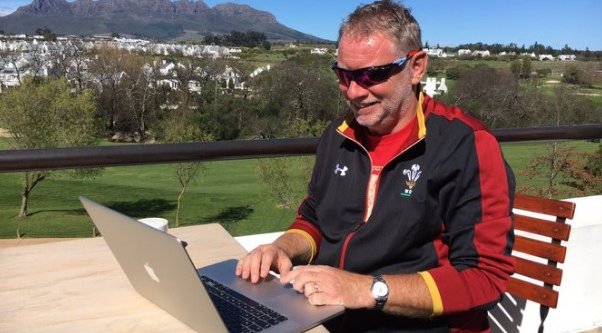 Julian Widdowson, the highly-respected Wales men’s rugby pathway doctor passed away suddenly on Monday, December 12, aged 63. His death was confirmed by the WRU which posted a statement on its website paying tribute to the late physician, as reported by walesonline.co.uk. on Tuesday 13.

“In these roles, his skills and experience as a sports physician proved invaluable to a whole generation of Welsh international players. Several of these players were re-joined by Julian when he took up the temporary role of men’s senior team doctor in the summer of 2021”.

It continued: “As a passionate Welshman, Julian would have been immensely proud during the anthems at the Principality Stadium that summer”.

The WRU wishes to offer its sincerest condolences to the family and friends of Julian Widdowson.

In 2014, Widdowson joined the WRU U20s team as the Wales men’s doctor. He subsequently travelled twice with the U18s squad when they toured South Africa. He finally took up the role in 2021 of Wales men’s senior team doctor.

Widdowson came with a massive reputation as a specialist in musculoskeletal problems and in sports and exercise in general. His knowledge and skills were not limited to rugby as he worked across many sports at both national and international levels.

He was known as a physician who operated with professionalism, kindness, and expert care. During his sparkling career, Widdowson worked with a diverse range of athletes, from recreational sportspeople through to Paralympians and gold-medal Olympians.

Bath Rugby club benefited from his expertise for a period of 12 years and he also had stints with Gloucester and England Saxons. Widdowson assisted dancers from the Royal Ballet School and had been working with West Bromwich Albion football club since 2018.

Bath Rugby is devastated to learn of the sad passing of former club doctor Julian Widdowson.

A kind, caring man and an excellent professional in his field, Julian spent 12 years at The Rec between 2003-2015.

Our thoughts go out to his family 💙

We are saddened to learn that Dr Julian Widdowson has died suddenly. Our most heartfelt condolences are with his family. Dr Widdowson worked with us from 2018 – 2022 as our sport, exercise and musculoskeletal consultant.

We are shocked and saddened to learn of the sudden passing of Club Doctor Julian Widdowson.

We'll all miss you greatly, Jules. 💙🤍