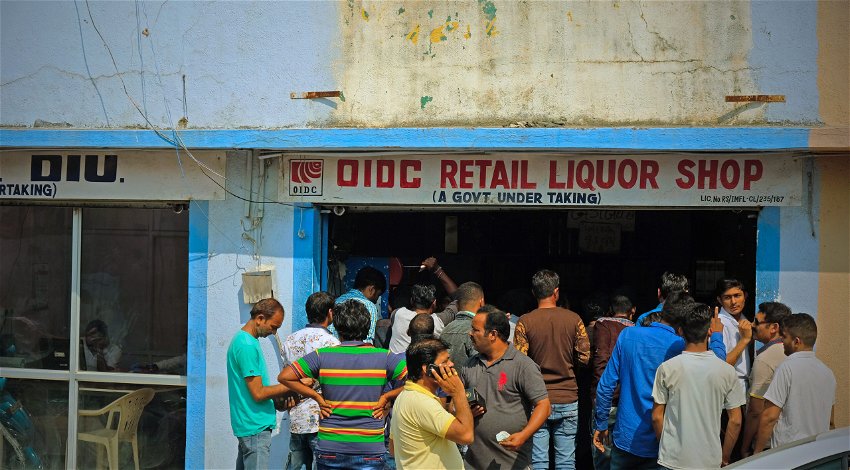 Image: Queue at the government run store in Diu to buy liquor - pjhpix/Shutterstock.com

AUTHORITIES in India reported a significant number of deaths linked to lethal liquor in two villages in the eastern state of Bihar.

Speaking on Thursday, December 15, Bihar Chief Minister Nitish Kumar said that 39 people had died from drinking the ‘lethal liquor’ in what locals have dubbed the ‘Chhapra hooch tragedy’.

“[If] someone consumes spurious liquor; they will die,” he told the local media on December 15.

India’s Bihar has been under an alcohol ban since 2016 when Kumar officially declared the total ban on April 5 of that year.

He has come under constant criticism for the ban, which he stated at the time banned the sale [and consumption] of any type of alcohol in hotels, bars, clubs and any other place will be illegal from today onwards.”

On December 15, 2022, Kumar told the media in Patna: “The liquor ban has benefitted several people. A large number of people have given up alcohol…This is good. Several people have happily accepted this. But there are some troublemakers. I have told officers to identify the actual troublemakers and nab them.”

“I have told officers that they shouldn’t capture the poor. People manufacturing liquor and carrying on liquor trade should be caught.”

He added: “I am ready to give Rs 1 lakh each to people to start their own work. We’ll raise the amount if needed, but nobody should get involved in the liquor business.

Indian news outlet organiser.org noted that the first death from the toxic alcohol was reported in a Chhapra hospital late on Tuesday, December 13 and has continued to rise.

Following the continued deaths, two officers from the Marhaura police force have been suspended as investigations continue into the incident.