Christmas strike action in airports across Spain called off 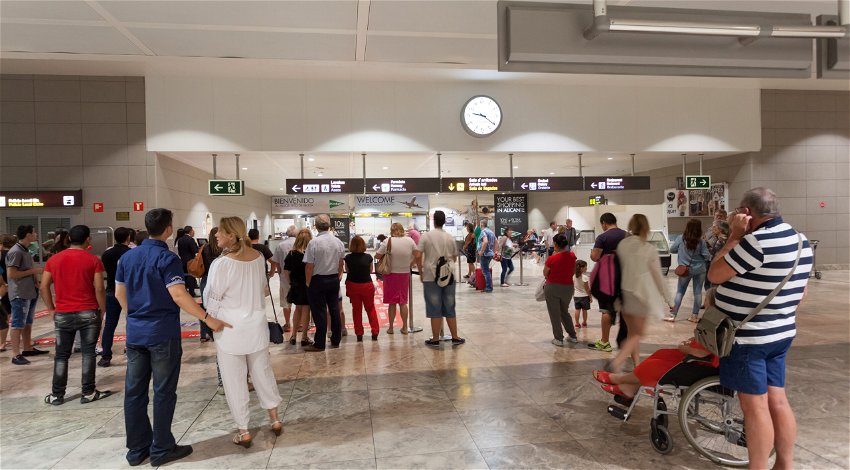 FOLLOWING news on Sunday, December 11, that the CCOO union had called for strike action at all Aena airports and control centres in Spain over the upcoming Christmas holidays and into the first quarter of 2023, many Brits feared that they would not be able to make it back to Britain for the holidays, however, the Aena workers’ strike has now been called off.

The good news broke late on Wednesday, December 14, when it revealed that Christmas strike action in airports across Spain had been called off after the Comisiones Obreras (CCOO) union reached an agreement with the Ministry of Transport.

According to the CCOO, a meeting with the companies of the group was held on Tuesday, December 13, in which productivity pay was officially transferred after an agreement was reached with the Ministry headed by Minister Raquel Sánchez.

The union said that they were “satisfied” with the outcome.

It also noted that the payment will be received by the workers together with the performance management in the first quarter of next year: 80 per cent in the January payroll and the remaining 20 per cent in the March payroll, as reported by El Mundo.

As previously reported, if the action would have come to fruition, it would have involved around 10,000 airport management workers.

The days that the union considered most probable for the strikes were December 22, 23, 30 and 31, as well as January 6 and 8 of next year, which would have seriously affected travel to and from Spain.

Earlier this week, the union revealed it had been requesting productivity pay for months, however, it attempts had been unsuccessful until now.

The CCOO said at the time: “Air traffic has recovered levels of 2019 (a record year) and in some airports, has exceeded them.

“The distribution of dividends to private shareholders is also authorised and the workers of the Aena group demand, therefore, the recovery of what corresponds to them.”

It added: “Despite the good words of the companies and the Ministry of Transport (Mitma), the delay in reaching the agreement is causing a lot of uneasiness among the workers and the unions present at the negotiating table.”