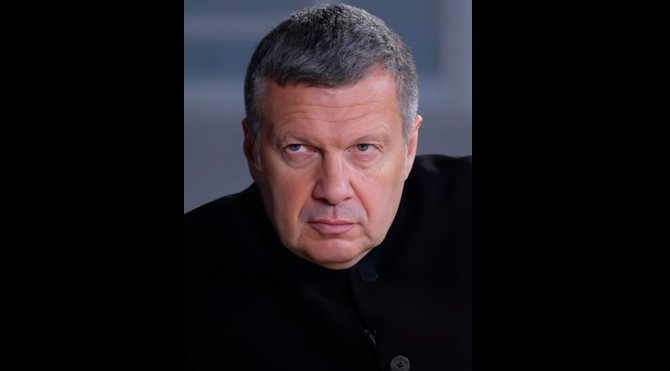 A vicious war of words has broken out in the Kremlin with television propagandist Vladimir Solovyov challenged to a live ‘duel’ by the former DPR defence minister Igor Strelkov after he bad-mouthed him.

A vicious war of words has erupted inside the Kremlin after Russia’s top propagandist Vladimir Solovyov bad-mouthed Igor Strelkov, the former defence minister, live on air. Solovyov is well known for his outrageous outbursts on live television but this time he might have bitten off more than he bargained for.

Strelkov is described by Western officials as one of the Kremlin’s most notorious accused terrorists. He took to Telegram on, Wednesday, December 14, to publicly challenge Putin’s mouthpiece to a public debate about his views.

During his broadcast on Tuesday 13, Solovyov mocked the former DPR minister over what he termed as a ‘pseudo-patriotic’ attempt to sign up and fight for Russia in Ukraine. Strelkov allegedly spent almost two months on the front lines before suddenly returning to Moscow.

He was subsequently berated by the media for not lasting the course in Ukraine. Solovyov was one of the most high-profile Russians to enlist when fighting broke out in 2014. His criticism of military strategy has not endeared him to many in high places and he has recently been cast back into the spotlight over his involvement in the downing of flight MH17 over Ukraine.

“This one went off to fight, crapped himself and came back. If you really wanted to fight, then join Wagner. Strelkov left with such pretentiousness, now it turns out he wasn’t allowed on the frontline”.

Referring to the private military group of mercenaries that Putin has employed to fight in Ukraine, which includes convicts released from prisons, he ranted: “Well, you should’ve signed up for Wagner and shown what you’re really worth”. Solovyov added: “And now he is an anti-patriotic blogger who tells the high command how to fight. Why didn’t you show it yourself? Why did you s**t yourself?”.

Posting on Telegram, Strelkov responded, challenging the ‘cowardly and flat-out phoney creature’. He wrote: “I am ready for any public debate with him held on any neutral platform (that is, not edited by him or his sponsors). On any subject that he wants to bring up. The only condition on my part is that the debates must be broadcast live and additionally recorded by ‘neutral’ operators”.

Streklov taunted the Kremlin mouthpiece further by insisting that he would not dare risk taking him up on his challenge, for fear of losing his ‘reputation’. he did suggest though that maybe Solovyov ‘s ego might accept the opportunity of ‘crushing’ his opponent live on television. There has been no response yet from Solovyov, as reported by thedailybeast.com.