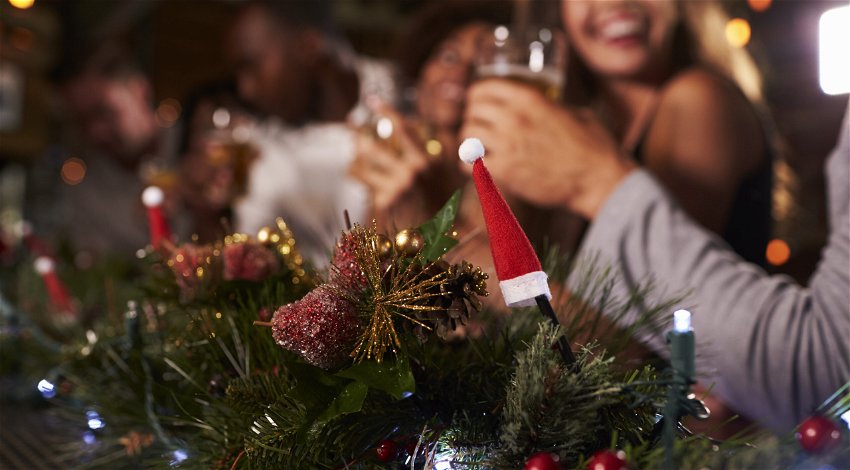 AFTER moving to a small inland city in Valencia province some years ago I was surprised to see the local florist selling sprays of mistletoe early in December.

“Will it last until Christmas?” I asked.

“Oh it’s not for Christmas,” she answered. “You hang it behind the door for good luck on Santa Lucia’s day on December 13. That’s after you’ve taken down last year’s and burnt it at dusk.”

After decades in Spain, always on the coast, this was an entirely new one on me. But to be on the safe side, because you can never have too much good luck, that’s what I did then and do now.

Investigating – in other words I asked Google – I found that the custom’s ostensibly Christian links were as pagan as all other solstice-equinox customs.

Before the introduction of the Gregorian calendar, December 13 coincided with the winter solstice, so it was the same old story that revolves round the return of light after the darkest winter days.

There was certainly no mistletoe on view in Madrid where I spent my first Christmas in the late Sixties. The celebrations bore no resemblance to those I was familiar with, and plain white lights strung in the city trees were the only noticeable Christmassy concession. To tell the truth, it was beautiful, if austere and – forgive the pun – light years away from gaudy Regent’s Street.

Next time around, now with a months’ old baby, I was relieved to remain on the coast and to my joy found that the weekly mercadillo was selling holly, which I used to decorate our flat, along with a tiny pine we illicitly cut down in the campo. I also added a holly sprig to the bow I’d fixed to our front door.

“Oh look,” I heard a neighbour say as he walked past. “That’s mistletoe, the foreigners always have it at Christmas.”

It was a nice try, anyway.