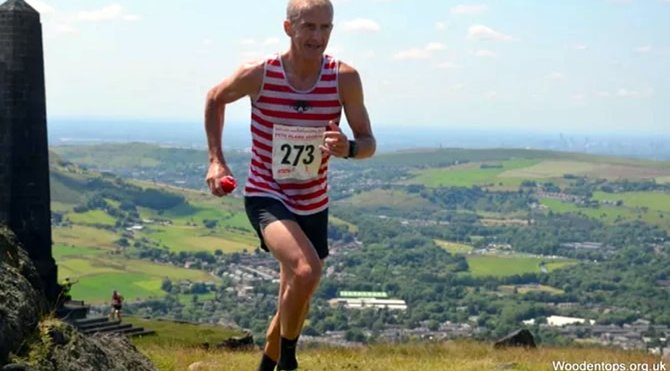 A 52-year-old British runner has gone missing after going out for a run on the Portuguese island of Madeira.

Mystery currently surrounds the disappearance of an elite British runner, 52-year- old Darren Kay. He has gone missing after going out for a run while on holiday in the resort of Calheta on the North Atlantic Portuguese island of Madeira.

Darren visited the beautiful island with his partner Victoria where they both reportedly went out for a two-hour run near their resort on Sunday, December 11. After they finished their run Darren informed Victoria that he wanted to run alone for another half an hour, but subsequently never returned.

“We are supporting the family of a British man who is missing in Madeira, and are in contact with the local authorities”, said a spokesperson from the British Foreign Office. A large-scale search operation was launched near Faja do Mar, Arco da Calheta, by the island’s authorities, as reported by thewestmorelandgazette.co.uk.

A gofundme page was set up by Richard Nugent to help finance the continued search for Darren Kay.

Mr Kay is known to be a seasoned fell-running athlete who previously competed in the prestigious Snowdon International mountain race where he represented England. After the news broke, many of Darren’s friends took to social media to offer messages praying for him to be found safe and well.

“I’ve known Darren for years to be honest. When I used to run, he would always be around. He ran for our local club. I’ve known Victoria since she was 10.”, wrote 64-year-old sports photographer, Dave Woodhead.

“In one way, if it was me missing, then it would be more worrying because I’m not as fit as Darren is. Darren ran in English championship races. He’s run in appalling weather. He is so experienced, so he would know what to do if something happened”, he continued.

“The other side of it is because he is so experienced, you do worry that something may have happened. What if it’s a freak accident? There are a lot of hollows and ravines there. If he’s gone down a ravine and broken his arm, he could be there for four to five days. But I have no idea what happened”, Mr Woodhead concluded, as reported by uk.news.yahoo.com.