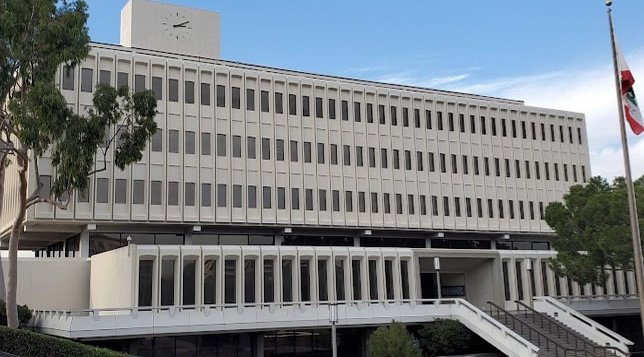 Irvine Police Department identified a man who threw his mother off the roof of a University of California campus building as a former student at the facility.

A man who threw his mother off the roof of a University of California building on the Irvine campus and then jumped to his death has been named as a former student. Irvine Police Department confirmed the identity of 36-year-old Andrew Nguyen Doan in a press release on Wednesday, December 14.

Doan’s body was discovered on the floor on Tuesday 13, at around 4pm local time, when UCIPD responded to 214 Pereira Drive, outside Social Science Plaza B. The lifeless body of his 77-year-old mother, Thoa Thai Nguyen lifeless lay near him. Their deaths are being treated by the police as murder-suicide.

In a statement, Irvive police said: ‘The investigation has determined Doan picked up Nguyen and threw her off the landing of a multistory building. Doan then jumped from the same landing to his death’.

An investigation into the incident has been launched to try and establish a motive. Police officers were aware of Doan as they had been called on him multiple times previously according to officials.

Their statement added that: ‘IPD has a record of contacting Doan multiple times in the past. The last call for service involving mental health concerns was in 2019’.

According to a UC Irvine spokesperson, from September 2017 to June 2019 Doan attended the California facility and studied biological sciences but never graduated, as reported by dailymail.co.uk.

Doan’s cause of death appeared to have been ‘external trauma’ said Sgt. Scott Steinle, a spokesperson for Orange County Sheriff’s Department. A post-mortem examination of the bodies of Doan and Nguyen will determine the full circumstances.

Kimberly Edds, a source from Orange County District Attorney’s Office informed a local media outlet that in 2019 Doan battered a fellow inmate at a mental hospital where he was a patient at that time. His mother subsequently put up her son’s $100,000 bail.

He served 156 days in prison after that with a judge sentencing him to three years probation, which ended last July. In 2020 Doan also pled guilty to one count of felony sexual assault according to court records.

Speaking with the Orange County Register, Michael Bertin, a neighbour of the deceased pair described Doan as ‘a troubled young man’. He added: ‘Doan had demons. It’s a horrible thing’. Bertin highlighted though that he had never seen or heard Doan and his mother arguing.