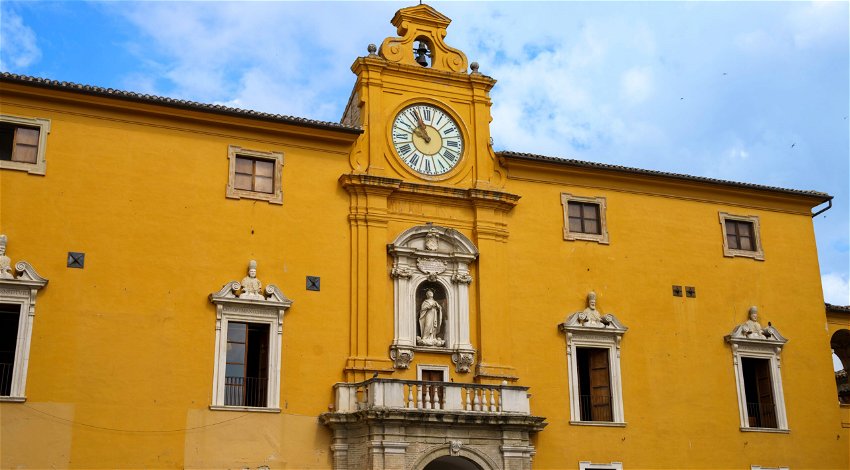 THE parents of a 15-year-old girl have announced they will be donating her organs to other people in need of an urgent transplant after their daughter died after suddenly falling ill hours after her own birthday party in Italy’s Fermo.

The teenager was rushed to a health facility in Fermo on December 7, hours after she had celebrated her 15th birthday with family and friends on December 6.

She arrived at the hospital already in a serious condition, according to bigodino.it on Friday, December 16.

However, her condition deteriorated rapidly and she fell into a coma.

Due to the seriousness of the situation, Isis was transferred to the Salesi hospital in Ancona, located in the Marche region of Italy, which is around 50 minutes away.

On December 8, she was admitted to the paediatric intensive care unit of the hospital and her condition worsened once more.

According to initial reports, the young girl suffered an extensive ischaemic lesion to the cerebellum and brain stem.

Her parents, mother Susana and father Sergio, decided to donate her organs, as reported by ilrestodelcarlino.it.

On the morning of Thursday, December 15, a funeral ceremony was held in the church of San Michele Arcangelo.

Mayor Moira Canigola, as well as classmates of Isis, the students of class II B of the Preziotti Licini artistic high school of Fermo, who were accompanied by the school’s director Annamaria Bernardines, were all in attendance at the funeral alongside Isis’ family.

The parish priest Don Luigi Mancini said during his service: “God wants us to be happy.

“He created us with love and as a Father he wants our happiness. Isis knew this secret and spent herself for others, ready to give her contribution to life and to the community.”

He added: “Smiling and open, she put herself aside to meet the other, because her pure heart knew that making others happy is the secret of one’s own happiness.”

The reason for her sudden illness has not yet been reported.

The news of the young girl’s death comes after a funeral for Giulio Orsini, the 12-year-old boy who died in his sleep in Italy’s Sarzana, was attended by hundreds of community members mourning the loss of the youngster.

Twelve-year-old Giulio Orsini died in his sleep on Thursday, December 8 in the small Italian town of Sarzana, in the province of La Spezia.