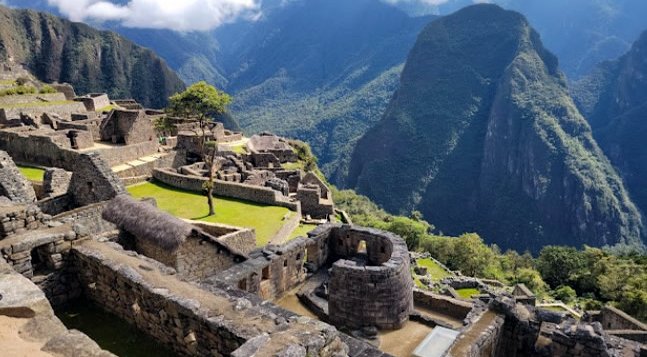 As a result of the chaotic situation following the attempted coup, Vera Lorbach and Andres Dominguez, a couple from Malaga, have found themselves stranded in Peru.

Vera Lorbach and Andres Dominguez, a couple from the Spanish city of Malaga on the Costa del Sol have found themselves stranded in Peru. The country is currently in chaos following the attempted coup by former President Pedro Castillo and the start of the mandate of Dina Boluarte.

On November 25 they began an extensive trip through Peru with the exciting goal of getting to know a large part of the country. The plan was to see Lima, Iquitos, Ica, Paracas, Arequipa, and Puno, carrying just a couple of backpacks. Combining planes with trains and buses, they intended to get the most out of the trip they had planned personally.

Their last stop was Cuzco, a city in the southern half of the country from where they intended to catch a flight to Lima and from there take another home to Spain. The final leg was a visit to the Sacred Valley of Peru and, of course, Machu Pichu, which can only be accessed by train. Travellers reach the town of Aguas Calientes, from where the path to the Inca citadel begins.

“We entered Machu Pichu on the last day that it was possible, on the 13th, at 6:30am, and by 7:30am, we had finished”, Vera explained to laopiniondemalaga.es. However, they soon discovered that the train that had brought them had cancelled all further trips due to the risk of roadblocks with pickets.

Since last December 13, they have been trying to leave the country and return to Malaga. “We wanted to leave yes or yes because on the night of the 14th we had our flight. What we did was to start walking along the train track. There were 30km of train tracks and another 30km until we reached Ollantaytambo”, said the Malaga resident with Argentine roots.

Along the way they were picked up by a couple of vehicles by which they advanced a few kilometres between the roadblocks.

Vera remembers that road as being ‘like a movie’ after they ended up being trapped between the front of the protesters – from where stones were flying – and the police, who responded with rubber bullets.

“I know they took pictures of me because it was like something out of a film, looking like we were tourists and running. I started crying because I had never experienced anything like that in my life”. According to Vera, they ended up taking refuge for a couple of hours in the house of some neighbours who offered to give them shelter while the disturbances passed.

Finally, they paid for a bus ticket that was guaranteed to leave them about 25 minutes from Cuzco, although when they started walking, the journey ended up taking more than an hour. “At 10pm, all of us who got off the bus – fortunately in a group – walked to Cuzco. It left us in a very bad area with roadblocks”.

Once in Cuzco, they took refuge for one night in the hotel they had reserved in the Plaza de Armas. The next day they decided to travel early to the airport to make sure they would arrive on time since all means of transportation were paralysed.

When Vera and Andres arrived at the airport, they discovered that it was closed and flights had all been cancelled. From the 15th they stayed at a nearby hotel while they waited for the airport to resume activity so they can fly to Lima.

“Today it is possible that they will open at 12 noon but the company has cancelled all flights. Jetsmart has given us a flight for the 19th from Cuzco to Lima and Air Europa has given us a ticket on the 21st”.

Air Europa has charged them €630 for requesting a date change on the tickets after the airport closed. “I do not understand that because there is a state of alarm in force and they charge for a date change that is due to force majeure. It does not seem normal to me”, commented Vera.

Both Vera and Andres denounced the terrible attention received by the consulate and the embassy, ​​which only issued certain information and without the possibility of any available communication channels.

She concluded: “They have not provided us with anything. We have no hope that they will help us”. Vera and Andres stressed that just want to be able to return to Spain and have a ‘good shower’, and rest. “The rest of the trip has been beautiful, wonderful. After a while we will remember that part only”, Vera concluded.