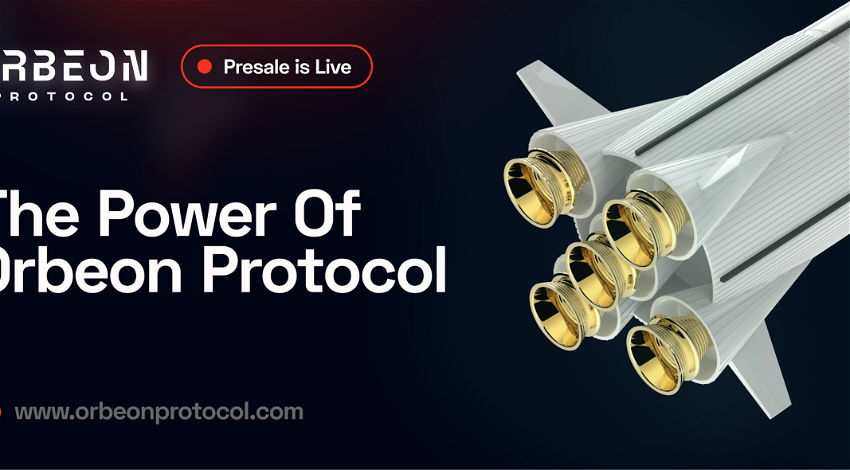 Crypto markets were in turmoil recently, as many major coins have lost value following the FTX scandal. Dispute this, Hex Coin (HEX) and Ripple (XRP) have remained stable while one lesser-known coin, Orbeon Protocol (ORBN), surged 655% during its presale.

With Orbeon Protocol (ORBN), investors no longer have to worry about being locked out of new startups, and they can easily invest in the budding companies from as low as $1.

For startups, Orbeon Protocol (ORBN) provides an alternative way to raise capital and build a community of passionate supporters. By selling fractionalized NFTs, startups can access a wider pool of investors and create an engaged user base that is more likely to use their product or service.

Orbeon Protocol (ORBN) is powered by its own native token, ORBN, which is used to pay for services on the platform and to reward holders. Holding ORBN tokens gives users early-bird access to equity-based NFTs, as well as staking bonuses and governance rights.

With a revolutionary solution, Orbeon Protocol (ORBN) is quickly becoming the go-to platform for startups and businesses that are looking to raise funds. This has resulted in a huge surge for ORBN during its presale, with prices rising more than 655%.

Hex Coin (HEX) is a relatively new cryptocurrency that was launched in December 2020. HEX has been touted as a revolutionary way to earn returns by staking coins, with some estimates of return on investment (ROI) reaching up to 4,000%.

However, there are claims that Hex Coin lacks real value or utility. Some crypto experts have also criticized Hex Coin’s lack of transparency and its connection to controversial crypto figure Richard Heart.

As a result, Hex Coin has been on the decline since its launch, losing more than 90% of its market cap in the past year alone. Hex Coin (HEX) is, however, likely to see a resurgence soon as the coin continues to enjoy strong community support. With the negativity around Hex Coin aside, many Hex Coin (HEX) investors are confident that the project will still perform well as more individuals seek the next best staking solution.

Ripple (XRP) was launched as a cryptocurrency but has since grown into a platform for global payments and remittances. The XRP Ledger offers low transaction fees, fast transfer speeds, and high scalability for both individuals and businesses.

Since 2020, Ripple (XRP) has experienced a drop in value and usage, due to the ongoing SEC lawsuit against Ripple Labs. In fact, Ripple (XRP) is being delisted from major exchanges due to its uncertain regulatory status. However, Ripple (XRP) remains in use with various financial institutions across the globe due to its immense utility, so the demand for the token has remained strong.

If Ripple (XRP) is found to be a security, the project will continue to fall further than the 80% decrease we have seen so far. However, if the SEC rules in favor of Ripple Labs, then XRP is likely to experience a surge in value – and all indications point to this outcome, as the SEC lawsuit begins to draw to a close.