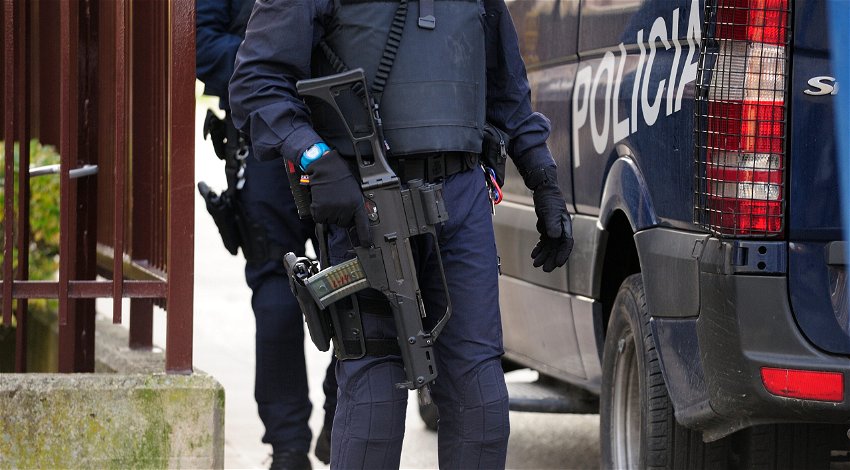 A CRIMINAL gang focussed on the sexual exploitation of women, which was operating from Madrid to Costa Blanca, has been dismantled by Spain’s National Police, as reported on Friday, December 16.

According to a police report, the criminal network recruited their victims by taking advantage of their situation.

They offered them deceitful working conditions and then forced them into prostitution, requiring them to be available 24 hours a day.

They threatened the victims if they refused to work as prostitutes and controlled them by means of surveillance cameras, in some cases locking them in their rooms, the police said.

“They recruited their victims, mainly Colombian nationals, both in their country of origin and in Spain, offering them deceitful working conditions, such as earning around €1,500 a week with high net worth clients.”

The women arriving in Spain were forced to work as prostitutes to pay off the debt incurred for their trip.

The members of the network were in charge of fixing the price of the sexual services and would use instant messaging services to communicate with clients on behalf of the women.

“The victims were replaced every few months by new girls and were prostituted under fines and other charges, in addition to the payment of 50 per cent of the proceeds of the sexual services,” the police report said.

“They also had to pay for their living expenses, and sometimes those involved did not even give them half of the proceeds from prostitution.”

The investigation culminated in the release of seven victims of sexual exploitation and the arrest of three people, two in Alicante and one in Toledo, for “crimes of human trafficking for the purpose of sexual exploitation, relating to prostitution, belonging to a criminal group, crimes against public health and encouraging illegal immigration.”

Two of the detainees were remanded in custody.

As part of the police operation, three homes in Madrid, Alicante and Toledo were entered and searched.

A vehicle, seven mobile phones, a laptop computer, three video surveillance cameras, around €3,000 in cash, more than two grams of marijuana, a precision scale for narcotic substances and documentation related to the investigation were seized.