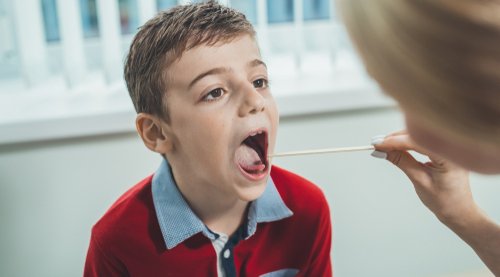 Strep A has now accounted for the death of 19 children, 16 in England and a further three in Wales and Northern Ireland.

The UK Health Safety Agency (UKHSA) confirmed on Saturday, December 17 that the virus was not yet under control and that more deaths could be expected.

The figures released by the agency on Friday showed that 55 adults have also died after contracting the virus bringing the total number of deaths to 74.

UKHSA say the virus is not new but rather its spread is down to the increased level of socialising following the pandemic and the steps taken during the pandemic to protect people from COVID-19 reducing immunity.

At the same time, there have been at least 7,750 notifications of scarlet fever more than three times the last high, which was back in 2017/18.

In terms of life-threatening iGAS strep A cases, there have been 111 in children aged one to four and 74 aged five to nine. The balance of the cases is said to have been milder and posed no threat to life.

The government has also taken action in recent days after finally acknowledging the shortage of medicines, announcing a serious shortage protocol (SSP) for three penicillin medicines. The change provides pharmacists with more leeway in fulfilling prescriptions, enabling them to legally supply alternative forms of medicine if they do not have the specific formulation prescribed.

SSPs take the pressure off both doctors and pharmacists, which under normal circumstances would require patients to return to the doctor for a revised prescription. They also are also enforceable countrywide.

Pharmacists have welcomed the decision although they are baffled as to why it has taken so long when they were notified some time ago that there was a shortage of the antibiotics needed to treat Strep A.

It is hoped that the SSP will help to stem severe cases of Strep A and stem the death toll which has risen to 19 children.