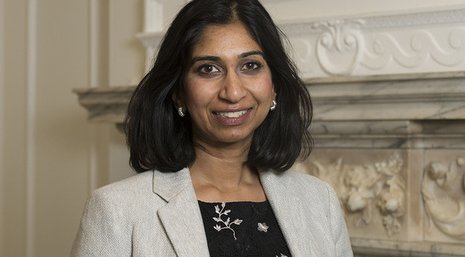 The High Court in the UK has found that the Home Secretary, Suella Braverman is acting unlawfully over asylum seeker support.

A case brought before the High Court in Manchester found that Braverman acted unlawfully in failing to ensure the rate of support for more than 50,000 asylum seekers is adequate by not implementing the increase of almost £5 a week recommended by officials.

The case brought by an asylum seeker only known as CB challenged the current rate of assistance, which they said was insufficient in light of the cost of living crisis.

In the court filing, internal documents revealed that officials had said the support of £40.85 a week was insufficient to meet basic needs. Ensuring that rates are reviewed and kept in line with the cost of living is a legal requirement by which the home secretary is bound.

Despite suggestions to the contrary, the rate paid to asylum seekers is significantly lower than those on benefits. Those that are housed in self-catering accommodation are expected to pay for food and travel out their weekly allocation of £40.85, whilst those in hotels are only provided £8 a week as their meals are provided for them.

On November 15 officials advised the minister the rate had to be increased to £45 a week, however, she failed to implement the change.

In finding the home secretary guilty of acting illegally, Mr Justice Fordham said on Friday: “The secretary of state for the home department has since at least November 14, acted unlawfully in failing to review the rate of asylum support to ensure it is adequate to meet the essential living needs of asylum seekers.

“Unless or until the secretary of state for the home department increases the rate of support she will be acing unlawfully.”

CB said she brought the case as she was unable to provide for herself and her family. She said: “It feels like it’s getting harder and harder to survive day to day

“I’m going without the clothes, toiletries and food I need to try to give as much as I can to the children.”

Her solicitor, Josie Hicklin, told the Guardian on Saturday, December 17 that she welcomed the court’s findings. She said: “The home secretary was warned that over 50,000 people were receiving less than required to meet their most basic needs.

“Without the bravery of our client, the secretary of state’s failing would have gone unchallenged.”

A Home Office spokesperson said: “The welfare of those in our care is of the utmost importance and we continue to make sure asylum seekers who would otherwise be destitute are provided with accommodation and a weekly allowance for food, clothing, transport and sundries.

“We are carefully considering the judge’s comments and it would not be appropriate to comment while legal proceedings continue.”

The ruling by the High Court is another blow for a government that is working hard to discourage “illegal immigrants”, after the home secretary was told that she is acting unlawfully over asylum seeker support