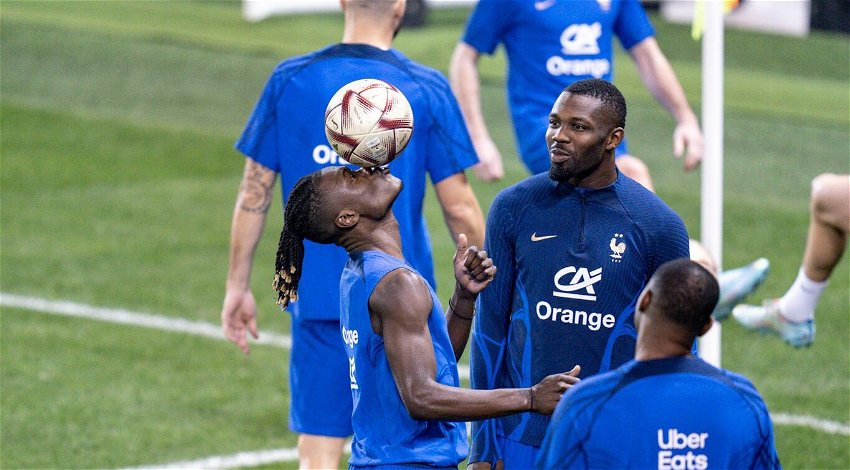 The France national team have said that a “mystery illness” has affected the team ahead of the World Cup final against Argentina on Sunday.

According to news site France 24, the French Football Federation said that several players had cold-like symptoms with defenders Raphaël Varane and Ibrahima Konaté the latest to fall ill.

As of Saturday, December 17 Varane, Konaté and striker Kingsley Coman have all been sidelined for tomorrow’s game, with the “mystery illness” having ruled out midfielder Adrien Rabiot and defender Dayot Upamecano for the semi-final win over Morocco earlier in the week.

Manager Didier Deschamps has refused to panic saying that Rabiot and Upamecano both returned to training on Friday and that the team were taking the necessary precautions to stem the further spread of the illness.

Selina Sykes reporting for France 24 said: “These are clearly not ideal circumstances, with so little time ahead of that big final against Argentina on Sunday.

“If there is a bit of a reassuring element to this so-called virus that is spreading within the French camp, it is that it only seems to last a few days.”

“People have been coughing and feeling unwell for a week. We can’t say what it is; we’re working 15-hour days and we don’t have time to take tests.

“It’s my theory that those players have Covid

“In sport they tend to talk about sore throats when it’s possibly Covid and they haven’t been tested. Another theory is that it’s ‘camel flu’, a local virus.”

He finished by saying:  “of course, we’re worried, as France fans – it’s bad news ahead of the final.”

The France team have been isolating those players who have reported illness with winger Ousmane Dembélé saying: “We’re not scared of that virus.

“Dayot and Adrien got a bit of a stomach ache, I made them ginger and honey tea and then they felt better. I hope everyone will be ready for the final.”

The illness is a concern for the team with France possibly without two of his three first-choice defenders due to the mystery illness. Those that do get to play will have their hands full with Lionel Messi keen to finish off his international career by winning the biggest prize of them all, the World Cup.