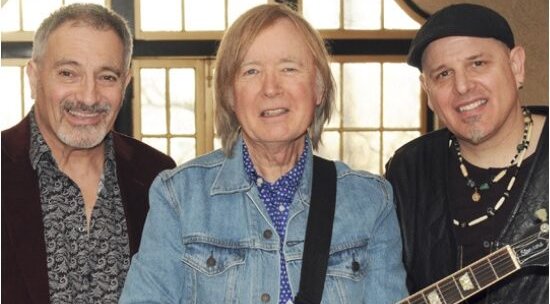 The leader of the influential British blues band Savoy Brown has died at the age of 71 months after he revealed his stage 4 cancer diagnosis.

The death of Kim Simmonds was announced by the band in a Facebook post on Saturday, December 17 that simply said: “Kim Simmonds passed away peacefully in the evening of December 13th – may he rest in peace.”

The post bore a caption featuring the band’s lyrics from the song “All that I can do” that said: “You’ve gone away. I’ll get by somehow. Just right now. All I can do is cry.”

The post also contained a message for fans: “Please note one of Kim’s last requests was to thank fans of Savoy Brown – your support was, and shall always be, immensely appreciated.”

Additional messages on the band’s social media site said that they knew the inevitable was coming and that had made the last few weeks especially difficult. They added: “I can say that Kim was writing and recording music until just before Thanksgiving.

“He was working on a solo album project that featured him on harmonica instead of the guitar since he’d lost the ability to play the guitar due to chemotherapy-induced neuropathy. You would have loved it.”

“At this time, please allow the Savoy Brown family some time to come to grips with the loss of Kim. As he always said, we hope his music ‘makes your life a little sweeter’.”

Formed in 1965 in Battersea, London the band were originally known as the Savoy Brown Blues Band, later reduced to Savoy Brown. Although there had been personnel changes over the years, Simmonds had been there from the start.

The band, which specialises in blues rock, has a new album that will be released in the new year. All told the band released 37 albums between 1967 and 2022, with some describing Simmonds as the last great British blues guitarist.

Simmonds was diagnosed with “signet cell” colon cancer (SCCC), a very rare form that accounts for less than one per cent of the cases. Seldom is the cancer caught early enough to provide any chance of a cure.

Towards the end, Simmonds had lost the feeling in his hands and feet making it impossible to continue playing the guitar. Stoic to the end, he said the chemotherapy had kept him going “with a decent quality of life, adding that he was very grateful.

The Savoy Brown lead musician said that he was grateful for the “superb health care” he’d received and the “unending support of my wife, family and friends.”