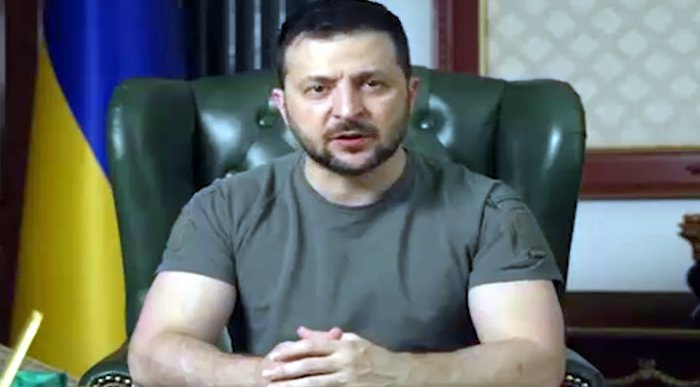 Ukrainian President Volodymyr Zelenskyy admitted that he is being urged to start negotiations with Moscow.

Ukrainian President Volodymyr Zelenskyy has acknowledged that he is being urged to sit down at the negotiating table with Moscow. The Ukrainian leader stated this on Friday, December 16, during an interview with the French TV channel LCI.

“Some are urging me to sit down at the negotiating table. However, I see no subject for conversation”, he told the news outlet. Zelenskyy also said that he did not consider the dialogue between French President Emmanuel Macron and Russian President Vladimir Putin useful.

“I don’t think it will bring results”, he argued. Macron has repeatedly stressed that he maintains a channel for dialogue with Putin. According to the French leader, he expects to discuss issues soon of that will ensure the safety of nuclear facilities in Ukraine. The French President said he “intends to devote the coming days and weeks to these efforts”.

Previously, the Politico newspaper reported, citing sources, that the U.S. administration had pushed the President of Ukraine to exclude the clause on the impossibility of negotiations with the President of the Russian Federation from the list of conditions for starting a dialogue.

As the publication pointed out, the change in position “is directly related to a gentle push from the administration of U.S. President Joe Biden”.

On October 4, Zelenskyy enforced the decision of the National Security and Defence Council of Ukraine on the impossibility of holding negotiations with Putin. In turn, on October 31, the Russian leader said that he did not see the possibility of discussing any agreements with Ukraine, as long as there was no desire on their part, as reported by tass.ru.

However, as Putin stressed, Moscow’s goodwill for negotiations is known and is unchangeable. The President drew attention to the fact that in order to reach agreements it is necessary to “sit down at the negotiating table and negotiate”.