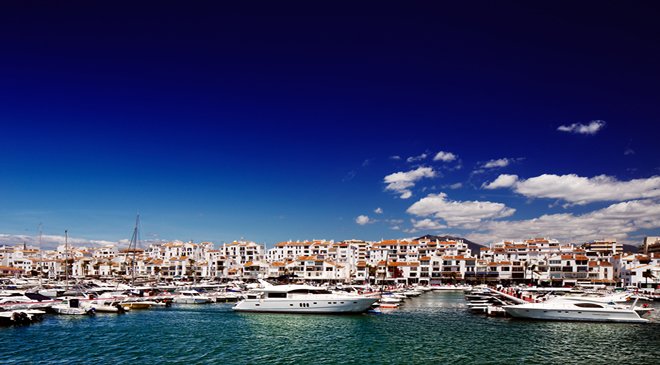 A couple from Anglesey in North Wales lived the high life in Marbella on the Costa del Sol while carrying out a multi-million-pound fraud scheme.

On Friday, December 16, Birmingham Crown Court sentenced a couple from Angelsey in North Wales. They had been living the high life on Spain’s Costa del Sol thanks to a multi-million-pound fraudulent investment business they had set up to scam potential investors out of their money.

Their ill-gotten gains were used to fund a lavish lifestyle after emigrating to Spain. Mr Williams was declared bankrupt in 2010, after running a nursing home from 2004, and moved his family to the Costa del Sol where he set up CWLJ Global Ltd in partnership with another man called Jason Curtis. Lisa became a 50 per cent shareholder in the new enterprise.

Their chain of bank accounts in America, Australia, and another in sterling, was reportedly controlled by a man based in Dubai. Investors in CWLJ were promised huge returns on their money, or they would get a refund. The court also heard that at one point even the FBI had the company on its radar.

Andrew Haslam KC prosecuting, told the court how this invested money totalling around £25m was never traded. It was used instead to fund the couple’s lifestyles. On odd occasions, the court was told that some of the investors received ‘pay-outs’ on their profits, funded by their own money.

Mr Hasmal explained how: “The rest of the money was spent living the high life in Spain. They had spent all of the money within a couple of months”.

He highlighted how their expenditure included £46,000 on shopping, £7,000 on an international school in Malaga “presumably for their children’s education”, £7,000 on holiday accommodation, and £9,000 in restaurants and nightclubs.

In 2014, one of the investors, Michael McVicar, handed over £179,000 to CWLJ. From this money, £63,700 was immediately transferred to a Barclays bank account in Mrs Williams’ name. It was given to family members, while the couple blew the remainder over the next seven months.

The couple was renting two luxury villas on the Costa del Sol by 2017. One was a six-bedroom mansion in the jet-set resort of Marbella.

In a victim statement, Mr McVicar told how when he challenged Mr Williams over his investment, he was told that the money had been spent on themselves. “They squander their stolen funds for all to see. They can destroy other people’s lives yet continue to live their reprehensible lives with no accountability”, he added.

Mr Williams’ defence lawyer, Lee Marklew KC, claimed that there was no evidence that his client “had knowledge of the facts of the wider fraud”, and asked the judge for more time to allow Mr Williams to repay £648,998.

He told the court how his client had previously had a ‘flair for mathematics’, and that he became a ‘self-made millionaire by his mid-twenties’. After suffering ‘bad debt and bad luck’ Mr Williams remained an undischarged bankrupt since 2010 Mr Marklew pointed out.

“The source of his criminality was an overwhelming desire to save face and provide for those around him in the way he had once done. Some may say he offended from sheer avarice but I submit it may well have been more intricate after the body blows from the demise of his business”, he concluded.

In summary, prosecutor Mr Haslam referred to the bank account in Mrs Williams’ name that had been used to launder their proceeds. He concluded: “This defendant rather than Rhys Williams seems to have spent the money”, as reported by itv.com.