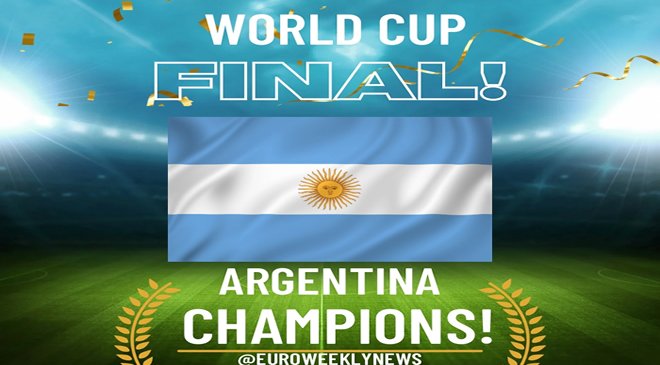 Argentina are the football champions of the world after beating France on penalties in the final of the 2022 Qatar World Cup.

For the first time since 1986, Argentina are the world champions in football. After a pulsating match in Doha’s Lusail Stadium, in which the 2022 Qatar World Cup final went to penalties, the South Americans won on penalties.

Inspired by their enigmatic captain Lionel Messi, the game looked to be all over until France made an incredible comeback in the closing stages of the main 90 minutes. Their talisman, Kylian Mbappe proved why he is the successor to Messi’s title as one of the best players on the planet when he notched a hat trick.

Messi put his country ahead by converting a penalty in the 23rd minute, with Angel Di Maria doubling the lead with an excellent finish after 36 minutes. At this point, France were not even in the game and it looked to be already over.

It took two goals in the space of two minutes from Mbappe to suddenly turn the game on its head. A penalty in the 80th minute was quickly followed by a superb strike just one minute later.

Going into extra time the match looked to be anybody’s and it fell to Messi to put his side ahead again when a penalty was awarded. He calmly dispatched the resulting kick to send the fans into a frenzy.

With only two minutes remaining, who else but Mbappe had the opportunity to square the match again from the penalty spot. At 3-3, the trophy would be decided on penalties.

France blew it as first  Kingsley Coman had his penalty saved by Emiliano Martinez, and then Aurelien Tchouameni totally missed the target.

Gonzalo Montiel stepped up to take the kick that would win the tournament for Argentina, and he could be forgiven for forgetting that millions of football fans were watching him worldwide as he stroked the ball into the French net.

Many will say it is a fitting end for Lionel Messi, finally lifting the one trophy that had been missing from his incredible haul during his glittering career as it draws to a close.